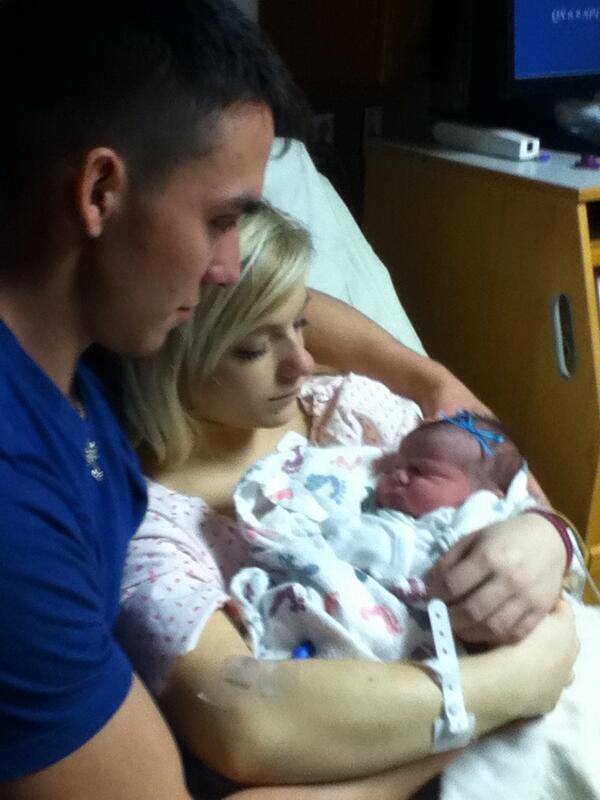 It’s a girl for Teen Mom 3 star Mackenzie Douthit McKee and her husband Josh McKee. The couple have a two-year-old son named Gannon who they gave birth to on MTV’s 16 & Pregnant. 19-year-old Mackenzie and 20-year-old Josh welcomed their daughter three weeks early via an emergency c-section because Mackenzie suffers from Type 1 Diabetes.

Their daughter was born at 12:43 pm on Friday 7th February, in Miami, Oklahoma. She weighed 8 lbs., 9 oz. and was 19 inches long. They named their daughter Jaxie Taylor. Her first name is in honor of Mackenzie’s grandfather Jack. Mackenzie’s middle name is also Taylor. Of the delivery, Mackenzie says:

“I am so thankful for a healthy baby girl. Many friends and family were praying and everything went great! She is a beautiful miracle from God. I feel very blessed. My blood sugars and the baby’s were fine during the delivery. Jaxie saved my marriage with Josh and kept our love alive. God’s timing is not always our timing, but He always knows best.”

Despite doctors warning Mackenzie from getting pregnant again, as pregnancy with Type 1 Diabetes could result in coma and death during labor, Mackenzie was adamant about wanting one more child. Josh and Mackenzie were married in August 2013 and shortly afterwards they announced that they were expecting again. Mackenzie’s pregnancy was eventful; she suffered a broken ankle, dealt with multiple hospital stays, and was attacked by a crazed fan but her pregnancy ended with a healthy baby.

Congratulations to Josh, Mackenzie, and Gannon! I love the original and unique name. What are your thoughts? Post your comments below. 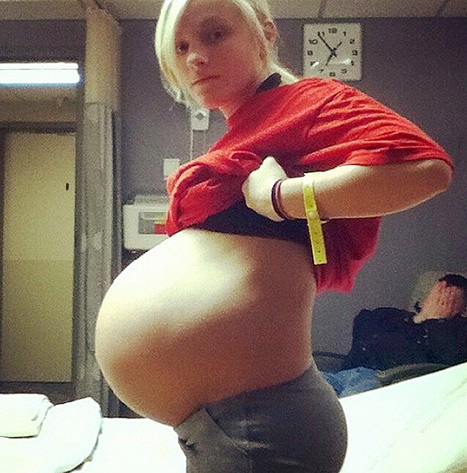