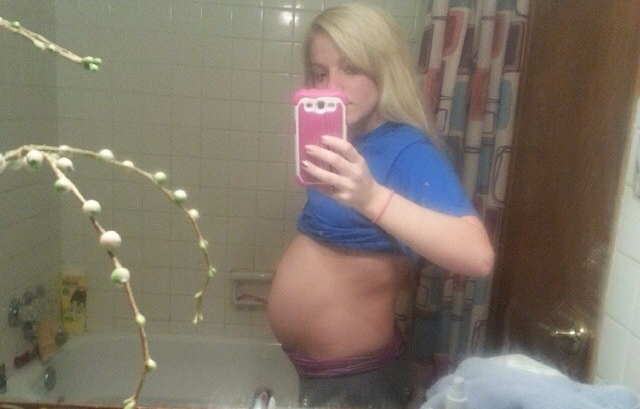 Former Teen Mom, Mackenzie Douthit McKee has been very vocal about the struggles she has encountered during her second pregnancy. Mackenzie is currently dealing with Diabetes, has dealt with a broken foot and was recently attacked by a vicious woman and dragged on concrete on her stomach. Mackenzie is now six months pregnant and thankfully her baby daughter is unhurt and healthy. Mackenzie and Josh McKee were married a few months ago in an intimate ceremony which included their son Gannon. Mackenzie suffered a difficult pregnancy with her son and is dealing with the same problems again because of her Type 1 Diabetes. She says: “My blood sugar could get so low that I pass out — and never wake up. Having this baby is worth that risk. I will always put my baby first.” After receiving criticism for getting pregnant again while still a teenager, Mackenzie revealed that she tried to get pregnant with her daughter because doctors had informed her that she shouldn’t have any children after the age of 21 because her body will not be able to handle it. She also calls her daughter a miracle.

Mackenzie looks amazing! There isn’t a single stretch mark on her still perfectly toned belly! What are your thoughts? Post your comments below.

Related Articles
Amber Portwood Reunites With Her Daughter & Insists She & Gary Shirley Are “Not Getting Back Together!”
Jenelle Evans’ Ex Boyfriend Kieffer Delp Arrested On Halloween