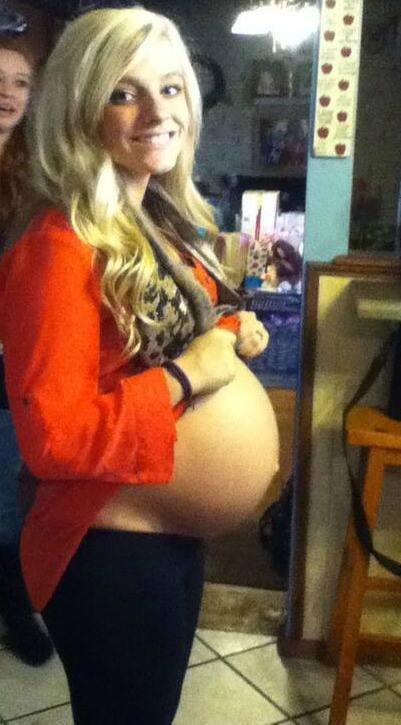 Mackenzie Douthit is 34 weeks pregnant with her second child! The former “Teen Mom 3” star shared a photograph of her growing baby bump to her Instagram account. Mackenzie suffers from Diabetes and revealed that her doctors warned her that she won’t be able to handle anymore pregnancies after she reached twenty years old, forcing her to make the decision to get pregnant again. This pregnancy has been anything from uneventful as Mackenzie suffered from a broken ankle, multiple hospital stays because of her diabetes, and was even attacked and dragged on her stomach by a deranged female. Mackenzie was married to her son, Gannon’s father Josh McKee in the summer of 2013, shortly before her second pregnancy was announced.

Despite Mackenzie hinting at the possibility of a spin off, MTV shot down those rumors saying that there was no spin off in the talks. Mackenzie looks adorable pregnant. I can’t wait to see her baby girl. What are your thoughts? Post your comments below.