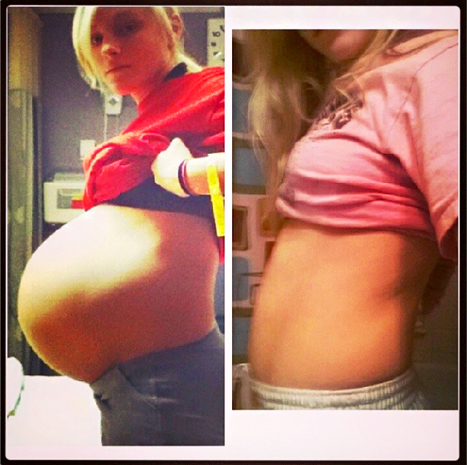 via US Magazine:
What baby bump? Just two weeks after she welcomed daughter Jaxie Taylor McKee, Teen Mom 3’s Mackenzie Douthit is back to her flat tummy no workout necessary.

“Two weeks later,” she captioned the shocking before and after photo. “All my muscle is gone; (. But dr said I could starting working out again today; ). Woo. Time to get my six pack back.”

The 19-year-old cheerleader has plenty of experience fending off pregnancy weight. The Miami, Oklahoma native welcomed son Gannon with now-husband Josh McKee in September 2011, which was covered on season 4 of MTV’s 16 and Pregnant.
Douthit and McKee went on to star in the MTV spin-off, Teen Mom 3, which was cancelled after only one season.

But six packs are certainly not the only thing on Douthit’s mind. The overjoyed mom shared a precious photo of her sleeping newborn Jaxie on Valentine’s Day, surrounded by a pink fuzzy blanket and wearing a giant pink flower on her head.

“[Our] little valentine,” she captioned the pic. 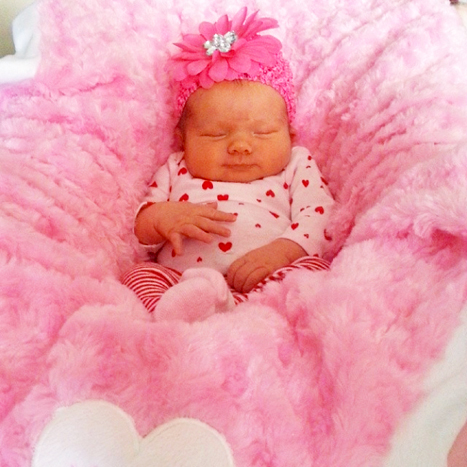