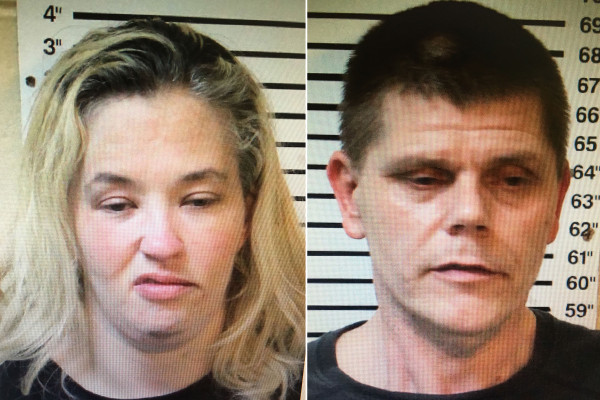 Reality star June Shannon was arrested in Macon County, Alabama, last week after officers responded to a domestic disturbance at a gas station.

She was charged yesterday and faces up to a year in jail.

Geno has a lengthy criminal history that includes theft, burglary and criminal damage to property.

The crackhead couple has been together for three years.