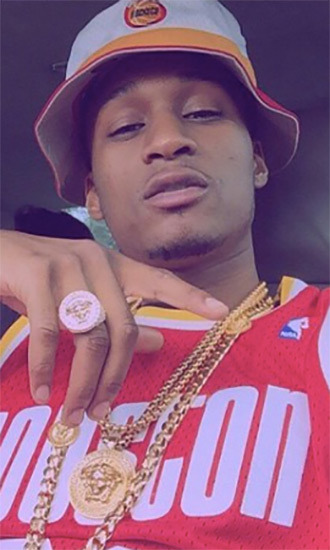 Police arrested Mamadou Bobo Bah, yes that’s his birth name, who goes by King Ba, Friday after he was a no show for his arraignment on the 15th October.

King Ba, 24, was supposed to appear in front of a Texas judge Thursday on forgery charges.

King Ba was dating Nia Guzman the mother of Chris Brown’s daughter and tried to claim Royalty Brown as his own.

King Ba was arrested last month after police claimed he forged more than $5,000 in U.S. Treasury checks. A warrant for his arrested was issued and he turned himself in after seeing his face on a local Crime Stoppers alert.

He was being held at the Harris County Jail in Houston, TX. His new bail was $40,000, he was released yesterday.