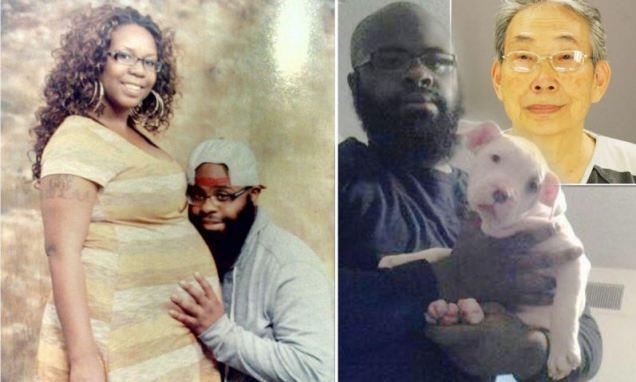 Man, 76, convicted of capital murder for killing his neighbors after they threw dog feces on his porch repeatedly

via Dallas News:
A 76-year-old Dallas man was found guilty Thursday of capital murder in the slayings of his neighbors after a months-long feud over dog feces. Chung Kim faces an automatic sentence of life in prison without the possibility of parole. Jury deliberations lasted several hours. Kim fatally shot his upstairs neighbors Jamie Stafford and Michelle Jackson, both 31, last Feb. 4 at the Sable Ridge Condominiums on Abrams Road in northeast Dallas.

Stafford and Jackson had their first child together just months before their deaths. Jackson had four children, 7 to 11 years old, from a previous relationship. Jackson’s mother, Yvonne Hypolite, read a statement before the court after the verdict was delivered.

“The smallest baby will never know her mother,” Hypolite said. “I don’t understand, Kim, why you killed my daughter.”

The baby lives with Jackson’s parents near Houston. The four older children live with their father in Garland. Before closing statements Thursday morning, Kim told state District Judge Jennifer Balido through an interpreter that he wanted new lawyers and a new trial. He said that his attorneys had advised him not to testify but that he wanted to tell his side of the story.

Balido said she would assign Kim a court-appointed attorney for appeals if he was convicted. During closing statements, Kim’s attorneys again said he had been terrorized for months by his upstairs neighbors. Kim said Stafford and Jackson had intentionally thrown dog feces on his porch.

“They specifically came down and dumped it on his shoes and on the door,” defense attorney Kobby Warren said.

Kim’s attorneys asked the jury to consider a lesser murder charge. But prosecutors said bad behavior between the neighbors had nothing to do with capital murder.

“This isn’t an eviction proceeding. If that was the case, the defense would win,” prosecutor Herschel Woods said. “There could have been time for cool reflection.”

Kim didn’t have the right to take revenge, Woods said.

“Because you were angry doesn’t mean you can exact a terrible punishment on someone,” he said.

Kim’s conviction offered only some comfort to the families.

“I’m really glad he got sentenced, but it still can’t bring my daughter back,” said Hypolite.