Adrian Mendez Kidnaps 14-Year-Old Girl, Runs Her Over With SUV After She Refused Sex 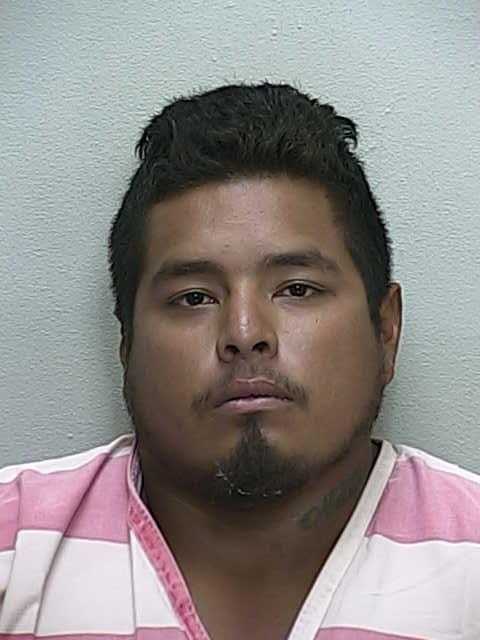 via Ocala Post:
A Marion County man is in jail after police say he kidnapped a girl in Eustis and then ran her over with his SUV.It was around 7 p.m. Sunday when authorities say Adrian Mendez, 21, offered a 14-year-old girl $200 to have sex with him, which the girl refused. Mendez became angry at the refusal, snatched the girl up by her hair, and pulled her into his vehicle on Wall Street in Eustis.

The girl put up a fight, but Mendez choked the girl until she lost consciousness. When the girl regained consciousness she was laying on the side of the road.

According to detectives, a witness said they saw a dark SUV intentionally speed forward spinning the tires on top of the girl, back up, and run over her again.

Detectives say the girl sustained injuries to her neck and it appeared that the vehicle crushed her legs and hips. She was transported via helicopter to Orlando Regional Medical Center with life threatening injuries.

Mendez was found at his home located at 16905 SE 249th Ter. in Marion County on Monday morning.

He was arrested and charged with Attempted Murder, one count of Aggravated Battery with a Deadly Weapon, and one count of False Imprisonment.

He is in the Marion County Jail, being held without bond.

Man Injected With HIV Virus, Credits His Faith To Forgive His Father