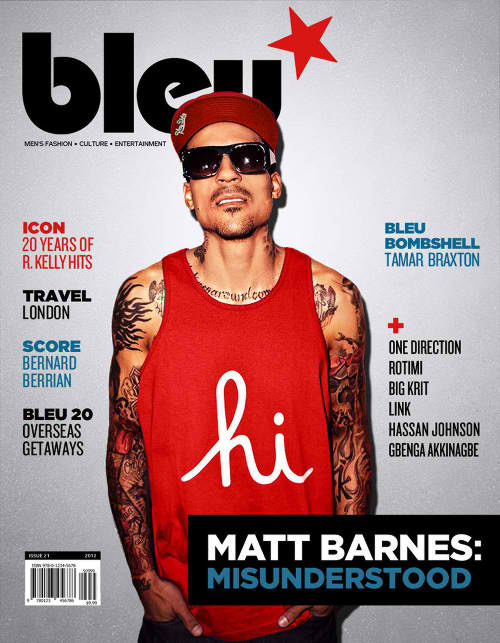 It must be the in thing to talk sex this week. Next up is Matt Barnes the on and off again fiance of Basketball Wives LA Gloria Govan. Check out a snippet of an interview he gave Bleu Magazine.

On ignoring the groupie chicks around the league

“In the league, women come a dime a dozen. Not to sound stuck-up or anything, but that’s just how it is. At some point you have to wake up and realize what your priorities are. Some guys wake up sooner than others. I woke up and I realized what was important to me.”

“You like to go into a situation saying yes we are always going to be together forever and what’s mine is yours, what’s yours is mine, but sometimes it doesn’t work out like that.” “Even when Gloria and I were dating other people, when people would say things about her, it bothered me. Even though we weren’t together it was something that made me mad you know? It’s different when they are talking about the mother of your children.”

On how he and Gloria stay sexually happy