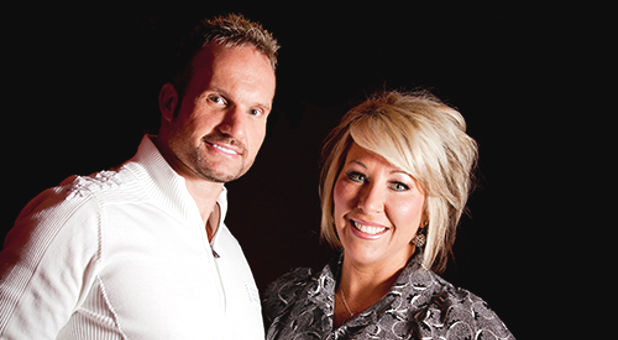 via Christian Post:
South Carolina megachurch Pastor Ron Carpenter, Jr. confessed to his congregation last week that his wife was under psychiatric treatment after having multiple affairs. This past Sunday, he addressed that in an emotional sermon in the presence of dozens of pastors from across the nation who left their pulpits to be with him.
“A lot of people talk about getting to a place where Jesus is all you got, but I think very few have probably been there… But you learn something in those times that you can’t learn in any other place,” Carpenter, the pastor of Redemption World Outreach Center in Greenville, S.C., told the congregation.

“I have an assignment, something that needs to be done. And I’m the only one that can do it… I need to speak to you,” the pastor said on Sunday, a week after he told the members that his wife, Hope Hilley Carpenter, had been placed under psychiatric observation after carrying on multiple affairs during their two decades of marriage.

A group of about 40 pastors and their wives, whom Carpenter has ministered for years, as well Pastor Steven Furtick from Elevation Church, travelled from across the United States to attend the service in Greenville.

“The outpouring of love that I have felt from you is overwhelming, and I have no words to say thank you,” Pastor Carpenter said. “Something has happened in this place. I’m charting a course… I’m broken. I’m hurt deeply…. Let me heal in front of you.”

The Pentecostal pastor said his wife, Hope, “voluntarily entered a treatment program with tears in her eyes.” But she doesn’t want to live a tormented life anymore, he added. “And she asked me, would I protect her. And I told her, I would.”

The pastor said he will not speak about his personal problems every week. “I don’t feel I need to come up here every week and give you a play by play… I’m not built that way,” he said, adding he is deeply hurt and doesn’t know how long it will take to heal. After his confession last Sunday, members of the Christian community showered the grieving father and husband with prayer. However, others questioned his wisdom in publicly divulging his family troubles.

Carpenter told the congregation he will have to regain the confidence he earlier had in his preaching. “You got to give me some grace. My mind has other things in it.” He also apologized for a “tough week” because of what he shared last week – “about 10 years of my life in 30 minutes.” “I know, you have to go through more, defending me…”

The pastor said the Bible teaches that a seed produces after its own kind. “I can only reproduce what I am; I cannot reproduce what I’m not… What affects me is going to affect you.”

He added: “What I did last week… there was something very powerful actually that happened. I took the cover off. And where do demons traffic? In darkness. Now I’ve uncovered the darkness and let the light shine on.”

Carpenter said his personal life had affected the whole church. “I have been preaching things but we haven’t been getting them. Because of me being unaware of what was going on in my own home… I am preaching my guts out to take us to one place, but something else is being released in the house… I have been preaching all joy, but I have none. I’ve been depressed… It was all you were getting instead of the Word.”

However, the pastor assured his congregation that their lives will also now improve dramatically because of his confession and dealing with the issues. He also gave an altar call offering to pray for the hundreds who came forward, acknowledging they needed help.

Last Sunday, Pastor Carpenter told congregants his wife has checked into a one-year rehabilitation clinic where she has been put in isolation for evaluation. He said he did not exactly know what was ailing his wife, but shared that he had been informed by a therapist “that it was the worst case they had ever seen.”

While acknowledging his efforts to hide his wife’s noticeably “erratic behavior” many times at the church, Carpenter insisted that her issue was not “just sin” in regard to extramarital affairs in the past 10 years, but that she “was not well.”

“There is a sickness, there is a whole other dual life that I am finding out that has been created,” Carpenter told the congregation. “Hope is not well. You need to know that. We don’t know what’s wrong, but these are not the actions of anybody that is right.”

Carpenter, who shares three children with his wife, added, “She does not need wrath [or] anger. She needs prayer, she needs support and she needs miracles.”

Later during the week, he wrote on his Facebook wall, “Hey guys…first of all let me say that our family is completely overwhelmed by the kindness, love, grace, and mercy demonstrated by everyone. I now know what it means to ‘bear one another’s burdens. I braced for the worst as I (knew) many would try sensationalize the story and turn it into something it’s not. It’s tragic and it’s sad…however the church community couldn’t have been any kinder.” 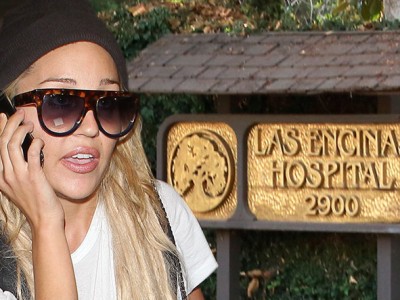 Amanda Bynes: “I Hate My Parents For Deceiving Me”