Mekhi Phifer and Reshelet Barnes tied the knot at the Montage Hotel in Beverly Hills on March 30, according to E! News. The bride and groom exchanged vows on an outdoor terrace in front of 100 family members and friends. 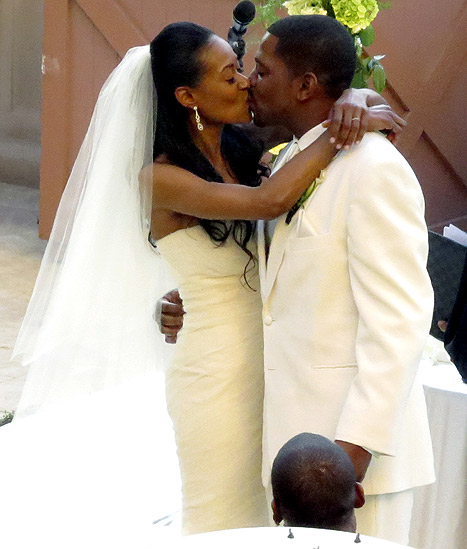 Mekhi, 38, wore a white suit and entered to Stevie Wonder’s “Ribbon in the Sky”. One of the actor’s two sons walked down the aisle with a Chihuahua on a leash. When Barnes stepped forward, an eyewitness tells E! News, “Mekhi was completely overcome with emotion and you could tell she took his breath away. He had to wipe tears from his eyes for several minutes.” 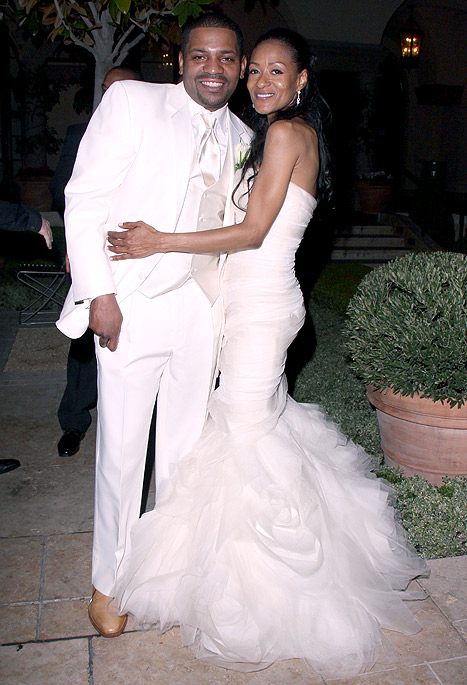 The ceremony, held on the beach beneath an altar of yellow flowers, lasted 15 minutes. This is the second marriage for Phifer, who has a son, Omikaye, with ex-wife Malinda Williams. The actor also has a son, Mekhi Jr., with ex-girlfriend Oni Souratha.

Phifer, perhaps best-known for his roles as Dr. Greg Pratt on ER, recently wrapped production on director Stuart Connelly’s The Suspect. His other notable acting credits include 8 Mile, Torchwood, This Christmas, Honey, Brian’s Song, Dawn of the Dead, O, Carmen: A Hip Hopera, White Collar and I Still Know What You Did Last Summer.