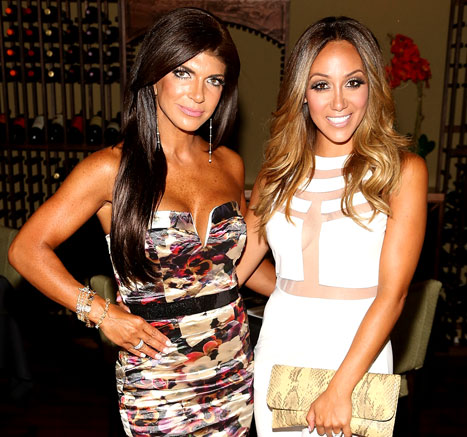 On Sunday, August 3rd, Real Housewives of New Jersey Melissa Gorga appeared on Andy Cohen’s Watch What Happens Live with husband Joe Gorga and the reality star opened up about her sister-in-law Teresa Giudice saying “she’s good, she’s strong” as she awaits her court sentencing. Melissa said that the federal fraud counts that Teresa has plead guilty to for a lighter sentence have brought the sister-in-laws closer. When asked by a fan if the two hang out Melissa answered:

Teresa and her husband Joe Giudice will appear in court in September to find out if they will go to jail and for how long. What are your thoughts? Post your comments below.