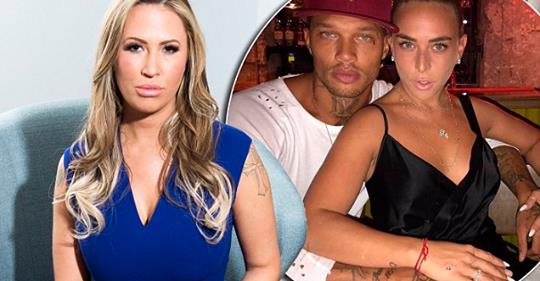 Melissa Meeks said she was in the early stages of pregnancy when she saw the pictures, when the new couple were commuting adultery on a trip to Turkey.

It was then she realized her marriage to the former convict, with whom the mother-of-three has one child, was over.

A teary-eyed Melissa, who found out about Jeremy’s adulterous affair with Chloe in June when photos of the two kissing during a getaway in Turkey were leaked online, she says, “not only was I grieving the loss of my life and my husband, I also had to grieve the loss of a child at the same time.”

“I was under so much stress and so many emotions,” Melissa reveals how she felt when she saw the pictures of the man she loved making out with another women were plastered all over the web.

Melissa says she became concerned when she noticed she had, “continuous bleeding”, “I would have thought I was just having a heavy cycle,” from the stress her then husband’s adultery had caused her.

Melissa went to the doctor who informed her of the tragic news. “I described to the doctor my spotting and bleeding and he said based off of what I was saying about the continuous bleeding, I probably was passing the baby.”

Jeremy, rose to fame after his mugshot landed him a lucrative modeling career, he filed for divorce from him wife in June, just a few weeks after he left her to begin his romance with Chloe.