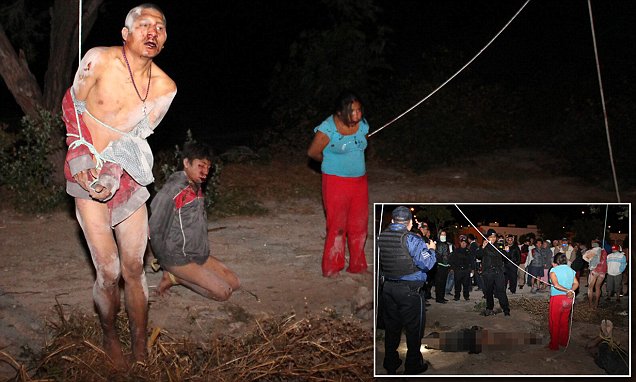 ‘We warned them’: Shocking moment Mexican mob tired of robberies lynched an alleged thief and his accomplices, including a teenager and a PREGNANT woman

A groups of townsfolk from Tehuacan, Mexico, were tired of the lack of security and rampant break-ins. So they decided to take the law into their own hands and neighbors, beat four people, including a woman who may be pregnant, and a child, after they were caught breaking into a house.

One man died after receiving a severe beating, “They were warned: if they returned to steal we would do justice into our own hands, for it was not the first time that they had stolen from us”, commented neighbors.

Early Monday morning, a group of about 100 people, beat the four members of the gang with pipes, sticks and stones who were caught trying to steal appliances, electronics and appliances inside a building.

It was one of the neighbors who first witnessed the front door of a home left wide open and saw a burglar on the roof, who then alerted the residents, who caught the criminals.

The four thieves were taken to a vacant lot located a few meters from the burgled home; there they tied a rope between two trees and tied the waist and hands Angel Cortés Martínez, who was hanged.

The woman was hit in the face, because she said she was pregnant, so they tied her hands; the teen, who is known as the “The Tamagotchi”, his feet and hands were tied; the men are between the ages of 18 and 20 years old. One of the men died at the scene, he had lesions on his abdomen, legs, back and head.

Man Released After 40 Years In Jail, After Being Falsely Accused Of Murder Based On Lie Of 12-Year-Old 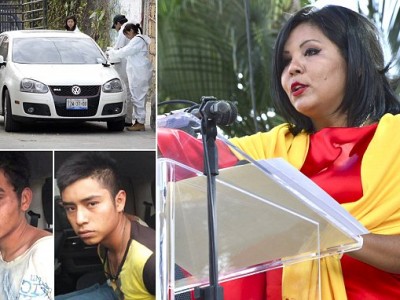 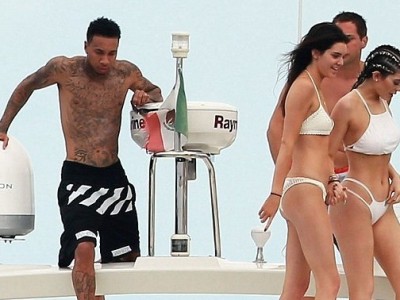 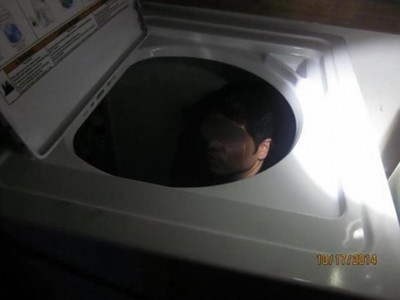