The Miami Fraternal Order of Police are planning to boycott Beyoncé

Knowles-Carter’s concert in April, and they want other law enforcement labor unions across the country to join in, accoring to their press release. The decision comes after Beyoncé’s controversial Super Bowl performance, which alluded to the Black Panther movement and was called a “political call to action.” The concert stirred mixed reactions from the public, with some saluting Beyoncé’s courage to make a statement about police brutality and others bashing its tribute to the Black Lives Matter movement.

“The fact that Beyoncé used this year’s Super Bowl to divide Americans by promoting the Black Panthers and her antipolice message shows how she does not support law enforcement. We ask all law enforcement labor organizations to join our boycott across the country and to boycott all of her concerts,” Javier Ortiz, president of the Miami FOP, says in the press release. 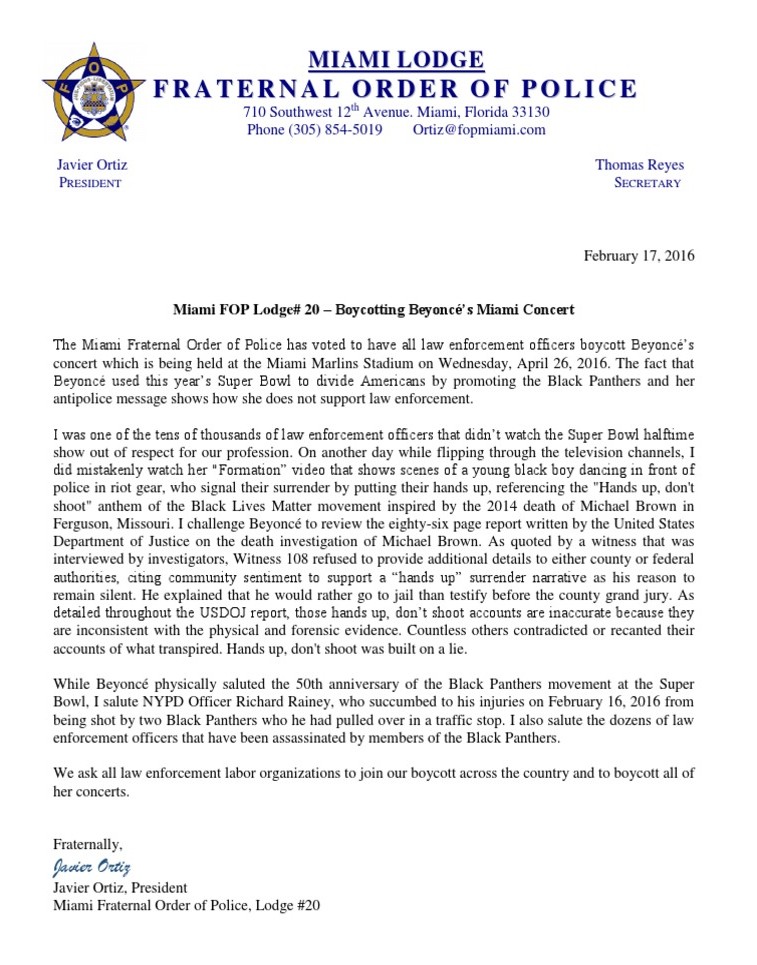 Mr Ortiz isn’t the only one who has supported an anti-Beyoncé movement. A protest held outside New York’s NFL’s headquarters brought a total of THREE Beyoncé protesters to the stadium, who were soon overshadowed by a throng of pro-Beyoncé protesters.

The Miami Police Department has yet to issue a statement on the union’s planned boycott.

Since when is anti-police brutality the same as anti police? Someone please help me understand this?

Ne-Yo & Crystal Williams Are Married! His Children Did Not Attend