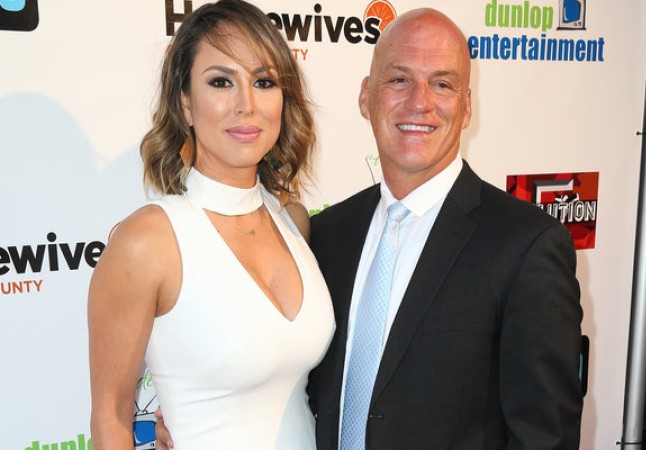 Real Housewives Of Orange County star Kelly Dodd and Michael Dodd have been working on their marriage since calling off their divorce.

Kelly filed for divorce from her husband after six years of marriage on the 6th March, 2012 before the couple reconciled two years later.

It was revealed that Kelly a reality tv newbie, was granted a restraining order against her in 2014 after a domestic violence dispute with her husband.

“Kelly Denise Dodd did willfully and unlawfully inflict corporal injury resulting in a traumatic condition upon [Michael Dodd], who was the spouse of the defendant,” the court papers read of the 6th July, 2014 arrest.

Michael requested a protective order days later on the 11th July, asking to have, “no personal, electronic, telephonic or written contact,” with his Kelly.

Michael, has a daughter Jolie with Kelly, and asked the court that she be not allowed to come within 100 feet of him and that they speak through a third party.

He modified the order on the 28th July, asking to have, “peaceful contact with the protected persons named above only for the safe exchange of children for court-ordered visitation.”

On the 4th February, 2015, the protective order was terminated.

The case was dismissed when Kelly completed 10 alcoholics anonymous meetings and six months of therapy for the arrest.

On the most recent episode of RHOOC, Kelly revealed her toxic history with her husband. She explained how once they got married he became “like Hitler” and acted like a “control freak.”

“It was a nightmare. It made me realize it was easier being with him and having my family together than being divorced. We don’t have a perfect marriage at all, but I’m going to suck it up like my parents did,” she claims.

She then revealed how he was diagnosed with narcissistic personality disorder.