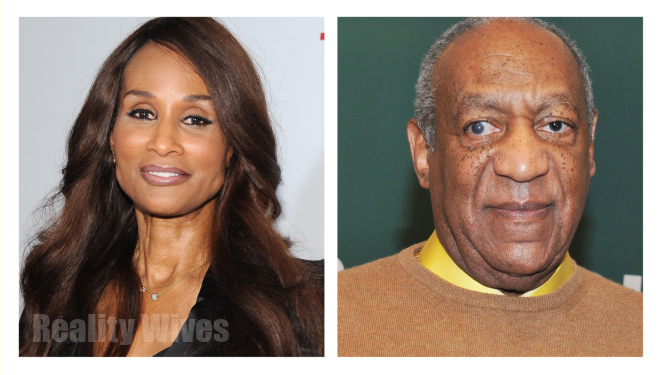 Model Beverly Johnson is the latest woman to come forward and claim she was either drugged and or raped by Comedian Bill Cosby she writes in an essay for Vanity Fair.

Like most Americans, I spent the 60s, 70s, and part of the 80s in awe of Bill Cosby and his total domination of popular culture. He was the first African American to star in a dramatic television series, I Spy, a show my family in Buffalo, New York, always watched. Cosby cut a striking figure on-screen then. He was funny, smart, and even elegant—all those wonderful things many white Americans didn’t associate with people of color. In fact, as I thought of going public with what follows, a voice in my head kept whispering, “Black men have enough enemies out there already, they certainly don’t need someone like you, an African American with a familiar face and a famous name, fanning the flames.”

Imagine my joy in the mid-80s when an agent called to say Bill Cosby wanted me to audition for a role on the The Cosby Show. Cosby played an obstetrician, and he sometimes used models to portray pregnant women sitting in his office waiting room. It was a small part with one or two speaking lines at most, but I wanted in.

I was in the midst of an ugly custody battle for my only child. I needed a big break badly and appearing on The Cosby Show seemed like an excellent way of getting Hollywood’s attention. I’d appeared in one or two movies already, but my phone wasn’t exactly ringing off the hook with acting jobs.

Cosby’s handlers invited me to a taping of the show so I could get the lay of the land and an idea of what my role required. After the taping I met all the cast and then met with Cosby in his office to talk a bit about the hell I’d been through in my marriage. He appeared concerned and then asked what I wanted from my career going forward. He seemed genuinely interested in guiding me to the next level. I was on cloud nine.

I brought my daughter to the next taping I attended. Afterward, Cosby asked if I could meet him at his home that weekend to read for the part. My ex-husband had primary custody of my daughter at the time, and I usually spent my weekends with her. Cosby suggested I bring her along, which really reeled me in. He was the Jell-O Pudding man; like most kids, my daughter loved him. When my daughter and I visited Cosby’s New York brownstone, his staff served us a delicious brunch. Then he gave us a tour of the exceptional multi-level home.

Looking back, that first invite from Cosby to his home seems like part of a perfectly laid out plan, a way to make me feel secure with him at all times. It worked like a charm. Cosby suggested I come back to his house a few days later to read for the part. I agreed, and one late afternoon the following week I returned. His staff served a light dinner and Bill and I talked more about my plans for the future.

After the meal, we walked upstairs to a huge living area of his home that featured a massive bar. A huge brass espresso contraption took up half the counter. At the time, it seemed rare for someone to have such a machine in his home for personal use.

Cosby said he wanted to see how I handled various scenes, so he suggested that I pretend to be drunk. (When did a pregnant woman ever appear drunk on The Cosby Show? Probably never, but I went with it.)

As I readied myself to be the best drunk I could be, he offered me a cappuccino from the espresso machine. I told him I didn’t drink coffee that late in the afternoon because it made getting to sleep at night more difficult. He wouldn’t let it go. He insisted that his espresso machine was the best model on the market and promised I’d never tasted a cappuccino quite like this one.

It’s nuts, I know, but it felt oddly inappropriate arguing with Bill Cosby so I took a few sips of the coffee just to appease him.

Now let me explain this: I was a top model during the 70s, a period when drugs flowed at parties and photo shoots like bottled water at a health spa. I’d had my fun and experimented with my fair share of mood enhancers. I knew by the second sip of the drink Cosby had given me that I’d been drugged—and drugged good.

My head became woozy, my speech became slurred, and the room began to spin nonstop. Cosby motioned for me to come over to him as though we were really about to act out the scene. He put his hands around my waist, and I managed to put my hand on his shoulder in order to steady myself.

As I felt my body go completely limp, my brain switched into automatic-survival mode. That meant making sure Cosby understood that I knew exactly what was happening at that very moment.

“You are a motherf*cker aren’t you?”

That’s the exact question I yelled at him as he stood there holding me, expecting me to bend to his will. I rapidly called him several more “motherf*ckers.” By the fifth, I could tell that I was really pissing him off. At one point he dropped his hands from my waist and just stood there looking at me like I’d lost my mind.

What happened next is somewhat cloudy for me because the drug was in fuller play by that time. I recall his seething anger at my tirade and then him grabbing me by my left arm hard and yanking all 110 pounds of me down a bunch of stairs as my high heels clicked and clacked on every step. I feared my neck was going to break with the force he was using to pull me down those stairs.

When one stopped, Cosby opened the door, shoved me into it and slammed the door behind me without ever saying a word. I somehow managed to tell the driver my address and before blacking out, I looked at the cabbie and asked, as if he knew: “Did I really just call Bill Cosby ‘a motherfucker’?”

Why that was even a concern of mine after what I’d just been through is still a mystery to me? I think my mind refused to process it.

The next day I woke up in my own bed after falling into a deep sleep that lasted most of the day. I had no memory of how I got into my apartment or into my bed, though most likely my doorman helped me out.

I sat in there still stunned by what happened the night before, confused and devastated by the idea that someone I admired so much had tried to take advantage of me, and used drugs to do so. Had I done something to encourage his actions?

In reality, I knew I’d done nothing to encourage Cosby but my mind kept turning with question after question.

It took a few days for the drug to completely wear off and soon I had to get back to work. I headed to California for an acting audition. Not long after arriving, I decided I needed to confront Cosby for my own sanity’s sake. I thought if I just called him, he would come clean and explain why he’d done what he had.

I dialed the private number he’d given me expecting to hear his voice on the other end. But he didn’t answer. His wife did. A little shocked, I quickly identified myself to her in the most respectful way possible and then asked to speak to Bill. Camille politely informed me that it was very late, 11:00 P.M. and that they were both in bed together.

I apologized for the late call and explained that I was in Los Angeles and had forgotten about the three-hour time difference. I added that I would call back tomorrow. 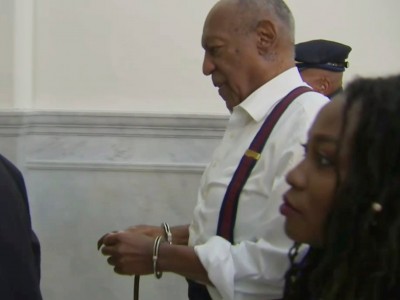 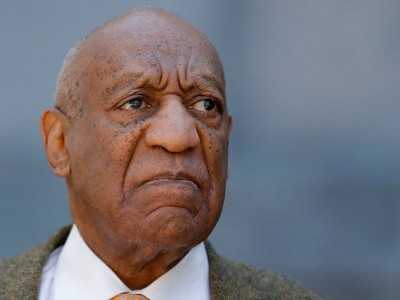 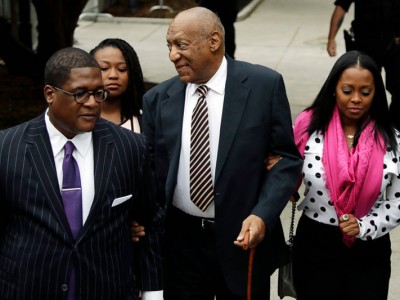