Chrissy Teigen took to her Twitter account on Tuesday to blast the 21-year-old Teen Mom’s recent publicity stunt. On May 2, the fame-hungry starlet received $1 million from Vivid Entertainment for releasing Farrah Superstar: Backdoor Teen Mom. The mother-of-one simply followed the sex-tape footseps of reality stars Paris Hilton and Kim Kardashian before her. 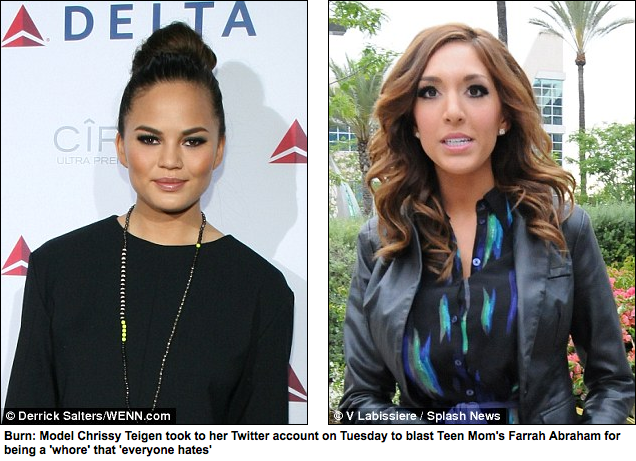 ‘Farrah Abraham now thinks she is pregnant from her sex tape. in other news you’re a whore and everyone hates you whoops not other news sorry.’

‘Are we really gonna pretend this girl just accidentally leaked a sex tape? seriously?? what the f*** is wrong with you?’

‘How is calling out a willing (lied-as-leaked) sex tape participant who hired paps to photo her buying preg tests this AM slut shaming?’

‘Wow. amazed to see the outrage behind calling a staged leaked sex tape chick from teen mom exactly what she is. go on with your bad selves.’ 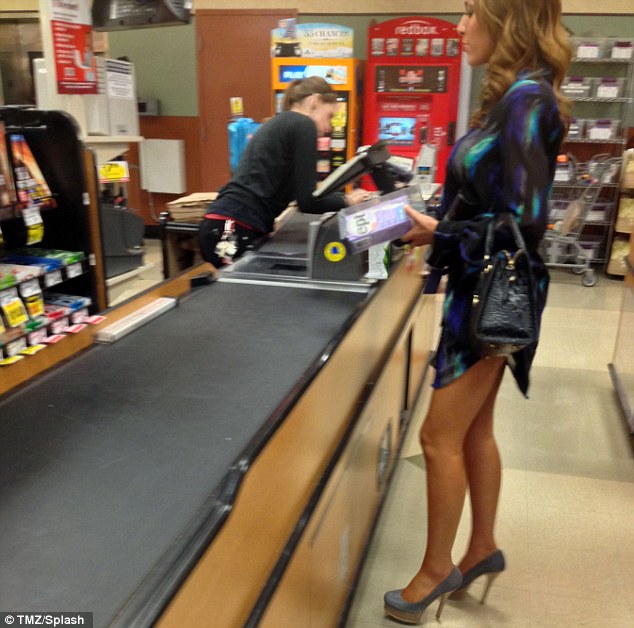 Last weekend, the fame-hungry starlet was snapped buying a pregnancy test a week after receiving $1 million from Vivid Entertainment for releasing Farrah Superstar: Backdoor Teen Mom. The brunette just confirmed to Us Weekly that she could not have been pregnant since she was on birth control while filming the sex tape.

‘I don’t usually have sex! I don’t have time to be sexual. There has been about a four-year dry spell,’ Abraham said in the mag’s latest issue. I’ve tried everything  – online dating, a matchmaker. And I found nothing. I’m like, “Is there something wrong with me?”‘

Farrah said she would tell Sofia about the sex tape when she turns 16 and is ‘ready to talk about sex.’

‘I’ll explain to her why I did it and say that it isn’t what I hope for her because you never know what can happen.’

Abraham said she’d never work in the adult film industry again and she’s currently getting ‘an online master’s in business communication’ so she can open a modern fusion restaurant in Austin.

She also told Us Weekly that James Deen had wanted to date her but she refused because she doesn’t trust him.