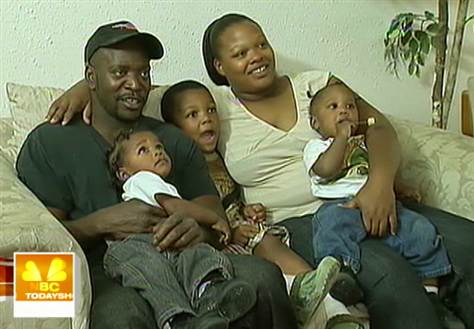 via TODAY:
A Texas woman wasn’t planning on two conceptions for the record books. But that’s what she got — along with two beautiful boys when she gave birth to twins of different fathers nearly a year ago.

Talk about baby-papa drama. How did it happen? Every month a woman’s ovary releases one egg that can be fertilized by one sperm. But in this case, a pair of eggs emerged.

Sperm, meanwhile, can remain alive and well and viable for up to five days in the reproductive tract. Thus a woman can have sex with different men within those five days and the sperm “just kind of hang out there waiting for the egg to be released,” Dr. Hilda Hutcherson, Clinical Professor of Obstetrics and Gynecology at Columbia University, told Meredith Vieira on TODAY.

Washington, who just turned 20, admitted to her partner that she had sex with another man within that five-day window — hence, the double conception.

The mystery began to be solved when her partner, 44-year-old James Harrison, became concerned that Justin and Jordan, born only 7 minutes apart, looked so different. A paternity test followed.

When he discovered that Justin wasn’t his son, Harrison said, “I was hurt, torn apart — didn’t know what the next move was gonna be,” Harrison said in a taped NBC News segment.

Nonetheless, he’s loved both boys the same since then. “I raised him [Justin] from a baby all the way to now. He knows me as his father, and I know him as my son,” Harrison explained. Washington and Harrison, who are both African-American, say they intend to marry someday. They said they also plan on telling the kids the entire story when they’re old enough to grasp it.

Besides its amazing twist, the story also has a mystery: The other father’s identity isn’t being released. And it has a surprise: Washington, who has a 4-year-old son from a different father, says the clan will grow even larger in August.

A similar story, a white woman who had sex with a black man and a white man within a short time later gave birth to twins: one white, the other of mixed race.

Mia and James later had a baby girl in Autumn, 2009. So they are the parents of four children. What are your thoughts? Post your comments below. 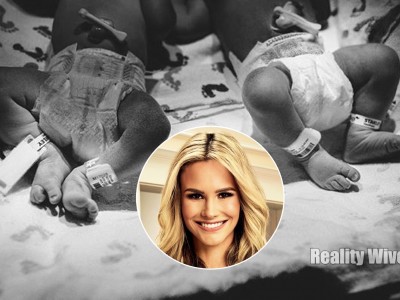 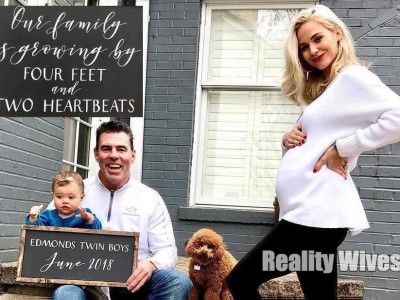