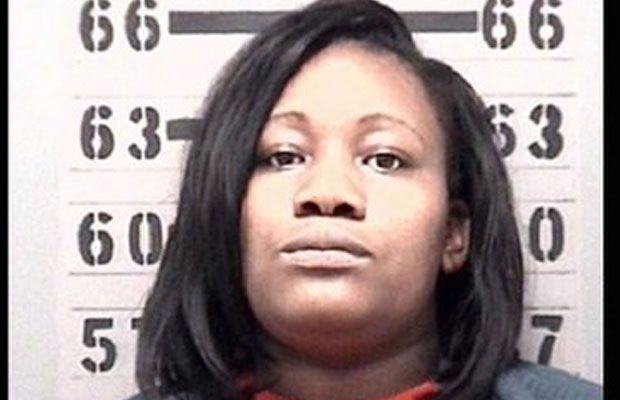 via AP:
A Georgia prosecutor dropped a murder charge Wednesday but is pursuing a drug possession count against a 23-year-old woman accused of ending her pregnancy without a prescription, using pills she bought online.

But he said Jones still faces a misdemeanor charge of possessing a dangerous drug, which Georgia law defines as any drug requiring a prescription.

The dismissal of the murder charge police had used to arrest Jones was praised by Lynn Paltrow, an attorney and executive director of National Advocates for Pregnant Women in New York.

But she said the case still illustrates a creeping trend of prosecuting women who exercise their right to abortions.

“She was arrested and held without bond in a health crisis,” Paltrow said. “You do not want to have a pregnant woman fear arrest as a result of the outcome of her pregnancy or for seeking health care.”

Abortion-rights advocates and opponents of abortion alike were stunned by the proposed murder charge.

Georgia has prohibited the prosecution of women for feticide or for performing illegal abortions in cases involving their own pregnancies. Edwards said the arresting officers acted within their authority and used “their best understanding of the law,” but that their understanding was incorrect.

“Georgia law presently does not permit prosecution of Ms. Jones for any alleged acts related to the end of her pregnancy,” the prosecutor said.

Edwards noted that police had charged Jones without consulting with his prosecuting attorneys.

“I have been involved in the pro-life movement for well over 20 years, and I’m not aware of a situation like this ever,” said Genevieve Wilson, a director of Georgia Right to Life.

Jones was arrested after seeking help at a hospital Saturday. A social worker told police that Jones had taken four Cytotec pills she ordered online after breaking up with her boyfriend. The pills induced labor and she delivered the fetus, which did not survive, in a car on the way to the hospital, according to an Albany police report.

While the Supreme Court has declared American women have legal rights to abortion, states have laws that place limits on where abortions can be performed, who can perform them and at what stages of pregnancy abortions are allowed. Traditionally, those laws have targeted doctors and other abortion providers, but not women seeking to end their pregnancies.

Abortion rights advocates worry that this could be changing.