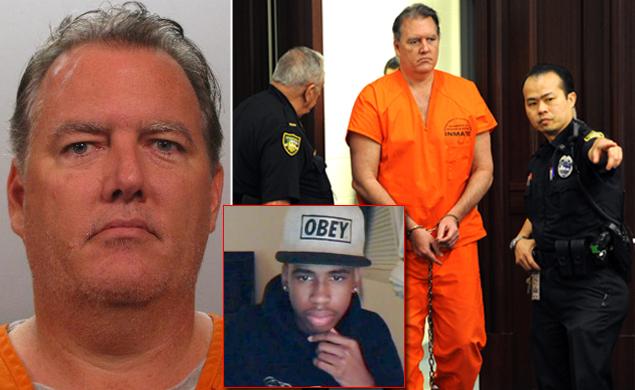 via ABC News:
The trial of a Florida man accused of shooting a black teenager begins today in a case that has drawn similarities to the George Zimmerman and Trayvon Martin case.

Michael Dunn, 47, is charged with first-degree murder and attempted murder after police said a November 2012 dispute with a group of teenagers outside of a Jacksonville convenience store turned deadly.

Dunn and his fiancée stopped at a convenience store on their way home from a wedding reception and pulled up next to a sport utility vehicle where Jordan Davis, 17, was sitting with friends, according to police.

Dunn, who had a concealed weapons permit, then allegedly pulled out his handgun and fired several shots into the vehicle, fatally striking Davis in the back and groin.

Police said Dunn told them he feared for his life. Dunn’s attorney said he saw a gun and fired in self defense.

The George Zimmerman-Trayvon Martin case brought focus on Florida’s stand your ground law, although Zimmerman later waived that defense. At his trial,Zimmerman, 29, maintained he shot Martin, 17, in self-defense.

Angela Corey, the state attorney who tried the Zimmerman case, will also be prosecuting Dunn.

While Zimmerman stayed at the scene and wasn’t immediately arrested, police said Dunn left the convenience store. He was arrested the next day after police said they tracked him through his license plate number.