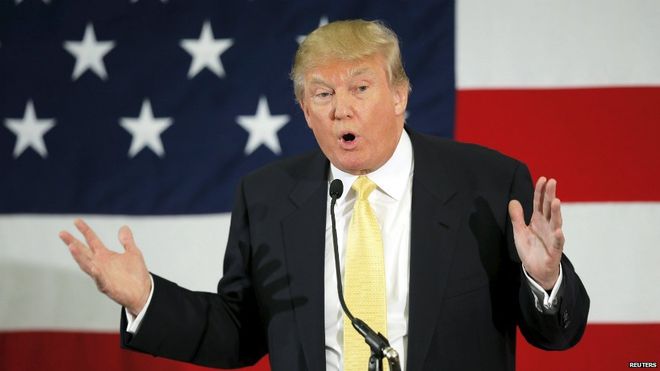 via TMZ:
Donald Trump has been fired from NBC because of his recent comments about Mexicans, but hey, business is business, so there’s a catch.

Donald’s Toupee said:
“They’re bringing drugs, they’re bringing crime, they’re rapists, and some I assume are good people, but I speak to border guards, and they tell us what we are getting.” He also pledged to build a “great wall” on the US border with Mexico and insisted it would be paid for by Mexicans.

NBC just said, “Due to the recent derogatory statements by Donald Trump regarding immigrants, NBC Universal is ending its business relationship with Mr. Trump.”

The network says ‘Miss USA’ and ‘Miss Universe’ will no longer air on NBC.

As for “The Apprentice,” the network notes Trump has already said he won’t participate because of his presidential run.

BUT … the network says, “Celebrity Apprentice” is a Mark Burnett production and “that relationship will continue.” And guess who hosts that show? NBC did not say it would demand a different host.

As we said, business is business.

Trump states that: “NBC is weak, and like everybody else is trying to be politically correct – that is why our country is in serious trouble”. He also claimed the network had violated its contract and said the move would be determined in court.