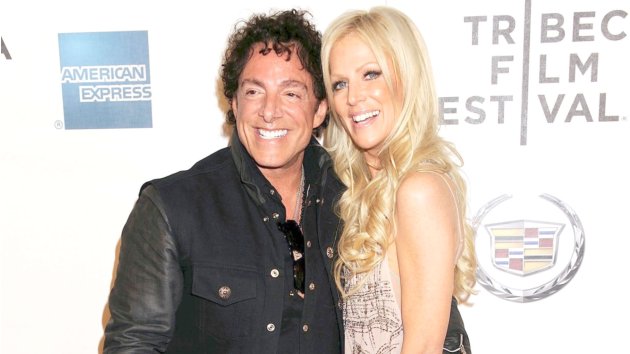 Former Real Housewives Of DC Star, Michaele Salahi, 48, and her Journey guitarist fiance, Neal Schon, 59, are getting married on the 15th December 2013! They released a press statement on their happy event.

SAN FRANCISCO, Oct. 8, 2013 /PRNewswire/ —  Legendary guitarist, Neal Schon, who proudly calls San Francisco his home, will wed longtime love, Michaele Salahi (The Real Housewives of D.C.), Sunday, December 15th, 2013 at “The Palace of Fine Arts.” This is a first in the City By the Bay and at “The Palace”, who extended this kindness to host the event when Neal declared to everyone that, “San Francisco has been my home, the city I love, and I am marrying Michaele, the woman of my dreams and the love of my lifetime.”

The year-end wedding promises to be a spectacular celebration and the happy couple is thrilled to share the news of this memorable event with their family, friends and fans.

Congratulations go out to the Bride and Groom on their upcoming nuptials in their beautiful “City by the Bay … Lights!” 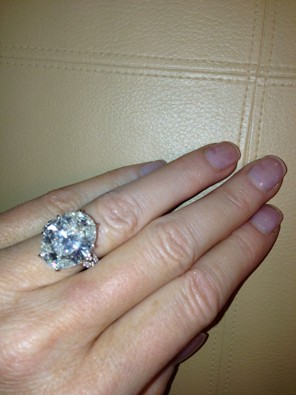 “My dress is ready! Neal is my love, my joy, my light and the passion of my life. I love him with all that I am. This is a dream come true! The wedding will be big, with all the people we love! Our families and friends will get to be there and we are thankful after all these years to be saying ‘I Do’ to our soulmate. We share every day together and are the happiest we have ever been in our lives! Our love is a real and longtime romance,” Michaele told Radar Online.

“I’m very happy…very happy after waiting for her for over 17 years. We are both where we always wanted to be!” says Neal Schon.

And Michaele credits her stint on the Bravo Housewives franchise for giving her the strength to be where she is today.

“Being on The Real Housewives was a blessing for me to go through. The show experience gave me the strength to follow my heart to be where I always wanted to be, in Neal’s arms!” she said.

After leaving Tareq Salahi in 2011 in the middle of the night, he appeared on the Today show saying it wasn’t a publicity stunt and he feared for her life as he had no idea she had left him for Neal, “I didn’t know Michaele had a double life: I had no idea.” Their divorce was finalized in August 2012. An anonymous source close to the situation subsequently stated that Neal had agreed to pay Tareq $12,000 plus Tareq’s mortgage payments over the next year to settle the case, Tareq’s $50 million lawsuit was thrown out.

On October 14, 2012, Neal proposed marriage to Michaele on stage during a benefit concert, with a cornea searing 11.42 carat diamond engagement ring. Michaele accepted Schon’s proposal and the ring. Neal has five children his previous marriages. This will be his fifth marriage and Michaele second marriage. What are your thoughts? Post your comments below.

Michaele Salahi & Neal Schon Getting Married On Pay Per View! 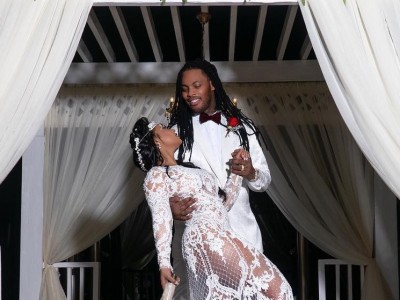 More in Real Housewives Of DC (4 of 35 articles)