Nene Leakes Did NOT Threaten To Quit If Porsha Williams Was Fired, Neither Did Cynthia Bailey 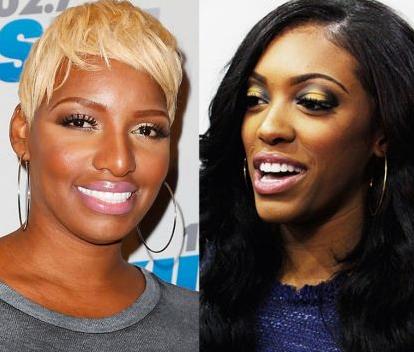 The Real Housewives Of Atlanta, know exactly what time it is and realize that their #1 rating Bravo reality show and weekly top 5, antics are ratings gold. Last week we reported there were rumors that the entire cast except Kenya Moore, would quit if Porsha Williams was fired. I thought this was nonsense, especially as everyone needs their RHOA paycheck except Kandi. Nene Leakes sets the record straight about the Porsha Williams firing, she tells Essence:

What do you say to rumors that the cast is threatening to leave if Porsha is fired?
I don’t know where that came from. I’ve never said that. We don’t group up together to do much. You know all of us aren’t goosing up together to be going to bat for Porsha. We don’t collectively do anything. But I will say this, I don’t think that Porsha deserves to get fired based on the fight with Kenya. I do think she was on the chopping block before she got into the fight. Fighting Kenya did not help her case.

So there was definitely a fight?
Oh, there was a fight. In my opinion, [Kenya] provoked her. She continuously put something in her face. Porsha was really upset by it. Working on a show like Housewives… it can be very dramatic. It’s hard being on a show where you work with a bunch of woman who are constantly belittling you and cutting you down. Kenya has called Porsha a lot of things. At the reunion she repeatedly said Porsha is dumb, and all kinds of things. [Porsha] felt belittled and she really had enough.

There are rumors that you said you wanted Kenya off the show.
I don’t like Kenya. TMZ or somebody caught me one night coming out of Mr. Chow’s and I said, just jokingly, they need to get Kenya off the show. But seriously, I understand the reality world. There has to be a cuckoo bird. That’s entertainment. I wanna see the show do very well, and I think Kenya brings an element to the show and they should have. I think all of that makes for great television.