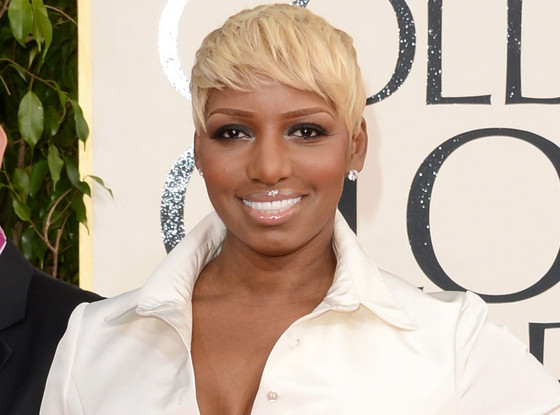 via E! Online:
Nene Leakes believes that she has an edge over her Dancing With the Stars competition. Despite this season’s cast including several professional athletes, the Real Housewives of Atlanta star says that her exotic dancing past is most likely going to help her on the ballroom floor.

“In my twenties I was an exotic dancer…I’m going to bring it,” she explained to Jimmy Kimmel. “I plan to win a lot of the men votes!”

She also gushed that her partner, Tony Dovolani, has hinted that he wants to learn some of her past moves!

But jokes aside, Leakes’ competitive side is going to come out when the show begins.

She added, “My strategy is to bring a lot of soul and a lot of personality, which I don’t think a lot of those Olympic athlete people have. I want to make sure that I bring energy and pop!”

Leakes, who was clearly taking aim at fellow co-stars Meryl Davis and Charlie White, sounds like she’s got her head in the game! The 18th season of the hit ABC series is set to begin on March 24. Billy Dee Williams, Candace Cameron Bure, Cody Simpson, Danica McKellar, Diana Nyad, James Maslow, Drew Carey, Amy Purdy and Sean Avery have all signed on to star on the dancing show.

Sounds like it’s going to be quite an exciting season!

Dancing With The Stars Season 18 | Meet The Cast

More in Dancing With The Stars (2 of 6 articles)