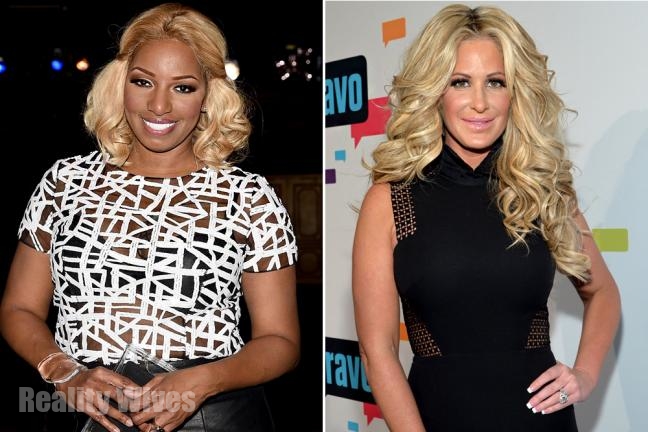 via Bravo:
Nene Leakes and Kim Zolciak will bury the hatchet and come together for a sit-down on Watch What Happens Live. The Atlanta Housewives’ interview with Andrew Cohen will air December 7th at 9p ET.

Kim and Nene, original stars of The Real Housewives of Atlanta, had an explosive relationship during their years together on the show. In fact, one of their most notorious feuds happened in front of Andy Cohen in the Clubhouse: Kim called in from the Bahamas to address their beef during Nene’s appearance. The call-in prompted Nene to deliver one of the show’s most memorable moments ever: “Close your legs to married men!”

Though Kim and Nene had a falling out, they have both expressed a desire to mend their relationship in recent months. Last month, Kim shared that she “missed” her pal. And last year, the two shared a tearful reunion at Nene’s wedding. “We’ve been through so much,” Nene said. “I was so happy…I was so proud of Kim for showing up and being there for me. It was amazing. It felt really good and it felt right.”