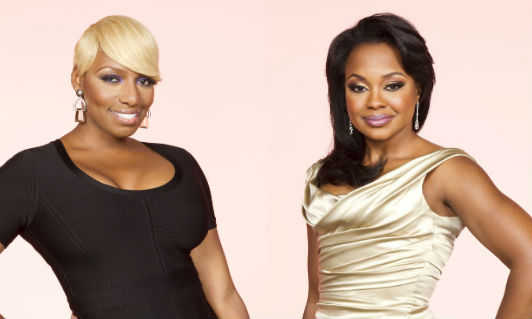 Nene Leakes responds to Phaedra Parks comments about her parenting with her blog. Take a read.

via Nene Leakes:
Kenya and Porsha have no clue about parenting so let’s just let them stay in their room and do their fake hug and cry. I love it! Moving on!

As Phaedra said, “I have had problems with my son”…now, now Phaedra, you are entitled to your opinion but the facts remain, you don’t know anything about my children. Have you ever met Bryson? If so, it couldn’t have been but once. Remember you have two young boys to raise! Let’s pray they don’t do six years in prison! You know the apple don’t fall far from the tree!

How did this get to my son anyway? Let’s rewind the tape to first season. If you remember, we were taking our son to college. He was 18 years old from the moment I stepped onto this show. Today he is 24 years old. So from the moment you’ve seen him, he was technically an adult. When he had his daughter, he was 22 years old, a young adult but nonetheless an adult, NOT a child. Yes my son experienced some growing pains, which most do. He’s doing just fine today and thank you for asking! I am not sure how my son became a part of this because we were all talking about teenagers and we all know what was said at the table. Parenting doesn’t come with a handbook. We all do the best we can and we do what works in our personal households.

On to Cynthia: I talk to Cynthia almost every day, in fact several times a day. Cynthia is very clear on where I stand about teenage dating (13 to be exact!). This was not Cynthia’s first time hearing me say that. In fact I have said it many times to her. I think it’s too young and I won’t be changing my opinion EVER! Not for Cynthia, not for you, not for anybody! I think it’s okay for friends to agree to disagree. It’s also okay for friends to have various opinions with respect to child rearing. I think we are both great parents. I just think we have different ideas on what parenting is. If you don’t wanna hear others opinions, don’t bring up the topic that you find to be sooooo touchy!

Cynthia also said she would rather be picking up Arthur than picking up a grand baby! Were you trying to throw shade Cynthia? Well it didn’t work because I would rather my 13 year old pick up a book than the telephone to plan their next date! Ladies, next time know the difference between an opinion and judging! I wasn’t judging because I am not a perfect parent but I do my very best when it comes to my boys. I was just thinking about that outburst of a cry. It sure did come out of no where! Maybe Cynthia was dealing with something else! Umhmmmmm!…. When I judge you, you will know it! Now catch that shade! Good Bye!

Kandi Burruss’ Mother Joyce: Why She Thinks Kandi’s Fiancé Todd Is a Cheater!