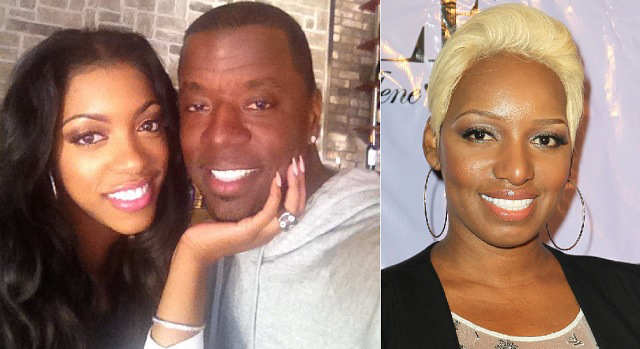 Nene Leakes is questioning her friend and Real Housewives of Atlanta fellow cast member Porsha Stewart’s decision not to revert back to her maiden name of Williams amid her highly public divorce.

Porsha learned through Twitter that her estranged former NFL playing husband Kordell was divorcing her last March. While Stewart spend much of season five of her showcasing her marriage, season six shows viewers how she is getting through a difficult divorce.

Still, 32-year-old Porsha has publicly declared that she will keep the surname that she acquired after marrying her estranged husband. However Nene is speaking out against the idea. Nene took to her personal blog on Nene Leakes Official to speak directly to Porsha about not wanting to revert to her maiden name Williams when the divore is finalized.

This situation with Porsha and Kordell has totally gotten out of hand! I hate when a couple breaks up and they just sling dirt on each other. When we met Porsha, she claimed to be living a fabulous, loving life with Kordell and now it’s all a lie. I’m not involved in their relationship, but I can say it’s sad to hear all the negativity. This is for you, Porsha: If you are so done with Kordell, be done with his last name as well. You guys don’t have children together, so why hold on to something that was negative for you?

Phaedra, Kenya, and Apollo: Am I the only one that is sick of hearing about this situation? I don’t know what happened with Kenya and Apollo, but clearly they both were out of line! As women we have to learn to respect the space of other women when it comes down to men and relationships. And for men, everything that looks good to you ain’t good for you!

I’m sure by now lots of you have heard that I had been hospitalized. I want to thank all of you who sent get well wishes, flowers, etc. I was truly touched and felt the love! I’m better today than I was yesterday. If it’s God’s will, I will become stronger and stronger! I love you all!

Big Sister Brielle Zolciak Asleep At The Hospital With The Twins

Big Sister Brielle Zolciak Asleep At The Hospital With The Twins