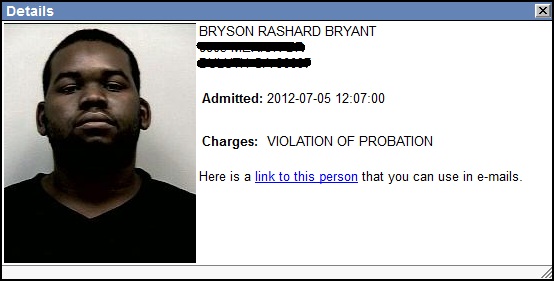 This time he was arrested on June 25, 2012. for driving with a suspended license. Then on July 4th he was picked up again and booked in on a probation violation. He is only 21! Meanwhile his parents are at the Essence Music Festival.