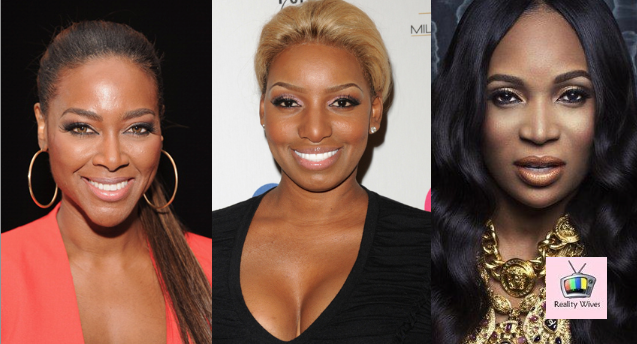 Mrs Leakes takes to her blog to give you her full story as apparently Bravo like the edit button a lot:

“I will never have anything 2 do wit Manlow or Krayonce again n life! NEVER” – Nene Leakes

Here we go again! If you read my blogs then you know I hate long drawn out stuff and I don’t have time to touch on the BS, so let’s jump right in!

The Bailey Bowl: I love a good challenge so when I was told to gather up a team and meet on a field for some fun and competition, I was there! We started off by having some good competitive fun! Then here comes the BS!

Look, there’s a lot I could say, but instead, I’ll just say this.. Kandi, you have never seen me walk away from a fight and you have never seen me physically fight either have you? My son was at this event and as much as I would like to be mama Joyce & take my shoe off and hit somebody or drag someone down the street, I would never stoop so low to the gutter with my son around, so you are right! I know how to respect myself enough to walk away from something that no longer serves me, grows me or make me happy! In life you have to pick ur battles, everything isn’t worth fighting for or worth the emotional investment!

I never need to speak on the Marlo situation because she’s not important and not a part of this cast, but I supported Marlo and helped her unselfishly when nobody wanted her around! I will repeat: NOBODY! Some of these girls felt like because of Marlo’s criminal background, the fact that she slashed a friends face with a knife and disfigured her over a man, they didn’t want her around! I looked past that and really tried to see her heart! I was honest to a fault with her and a true loyal friend. Say what you want but there are rules to friendship! Everyone that knows me knows that I am a loyal friend and I expect the same in return. In friendship you have to give and take! If I give, that doesn’t mean all you get to do is take! So called “friends” that fraternize with the enemy is an opportunist in my opinion. They smile in your face but they’re looking to take your place.

At the Bailey Bowl, Marlo showed me her street side that everyone talks about! Yes you can put lipstick on a pig but it is still a pig! Do I care that Manlow and Krayonce are friends? Absolutely not! I think they are the perfect match! Marlo has officially graduated from hungry to thirsty! I am sure Krayonce promised her a role in one of her multi-million dollar movies she produces! Kenya has nothing but deceitful evil intentions and Marlo fell for them! I want nothing to do with either of them. When I am done with you, I am done with you!

Thanks again for riding hard for me! I know this ride can get bumpy sometimes!

Real Housewives Of Atlanta | Season 6, Episode 17 “He Said, She Said”