I Dream Of NeNe: The Wedding Premieres Sept 17! 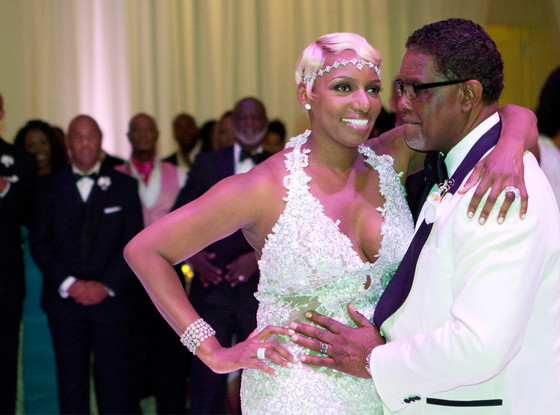 Real Housewives of Atlanta’s NeNe Leakes recently re-married her ex-husband Gregg Leakes for the second time, and her new spin-off will take you inside the road to her fairytale wedding!

Bravo will premiere the Real Housewives spinoff I Dream of NeNe: The Wedding on Tuesday, Sept 17th at 9/8c. Here is the first photo of the adorable dancing at their fabulous wedding that took place on June 22 in Atlanta. Each episode follows Nene as she plans the wedding of her dreams. Nene’s bridal party included cast mate Cynthia Bailey, former cast mate Marlo Hampton, Basketball Wives alum Jennifer Williams and Basketball Wives LA, Laura Govan.

Gregg and Nene, originally married back in 1997, separated for two years before getting re-engaged in December of 2012. Their son Brentt Leakes told E! News after the wedding: “I’m so happy to see my parents remarried, as a family we’ve never been happier.”

PHOTOS: I Dream Of Nene, Rehearsal, The Wedding, Bridal Party,