Nicki Minaj Responds To Remy Ma: ‘What Type Of Bum B*tch Shoot A Friend Over A Rack?’ 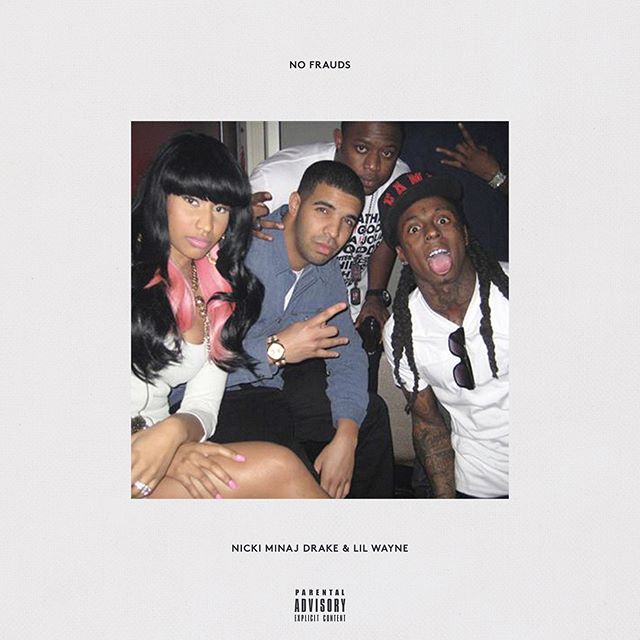 Nicki Minaj has finally responded to Remy Ma’s two diss tracks, with a little help from Drake and Lil Wayne.

Nicki dropped 3 tracks, one of which is called “No Frauds” which begins, “You can’t be Pablo if your work ain’t sellin.'” Then it gets way more personal:

“Heard your p*ssy on yuck, I guess you needed a pap
What type of bum b*tch shoot a friend over a rack?”

The tracks were recorded in January when the trio were working in a Miami studio but Nicki flew producers to meet her in Paris this week so she could add the diss lines.

Nicki also stated on instagram that she will pay Remi $500,000 if she can book any show or interview without mentioning Nicki’s name. 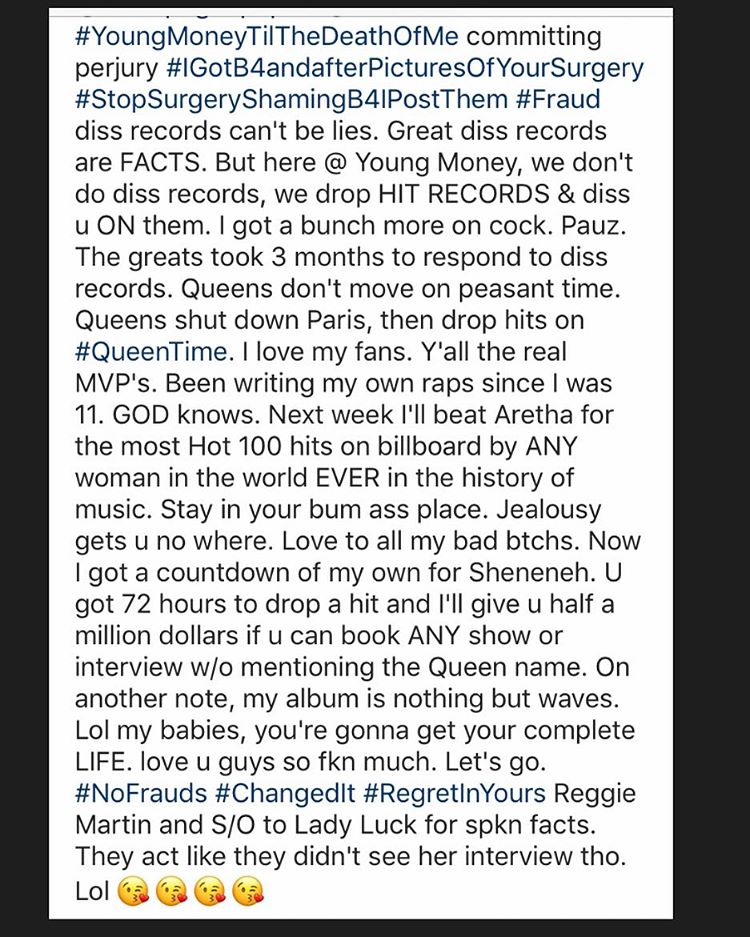 So which was better Nicki or Remy?