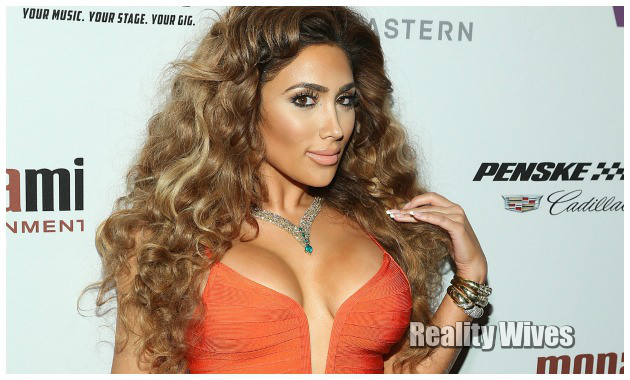 Love & Hip Hop Hollywood bit player Nikki Mudarris claims that she had no idea that her ex-boyfriend Mally Mall was going to release their sex tape to the public.

She is threatening to sue unless the blogs that posted the 30 second video remove it from their sites.

Nikki appears in the video with Mally Mall and Nikki’s lawyers threatened legal action in a letter sent to various blogs that posted the video.

Her attorney claims the video was recorded without Nikki’s knowledge and reports of her speaking with Vivid about a deal for the tape are lies.

Media outlets were given until 5pm Thursday to remove the tape from their sites.

Nikki’s initial’s statement on the tape’s release: “I really wanted to ignore this but since everyone is asking I’ll make this publicly known. This was a total violation of my privacy. I wasn’t aware this would be public and even more shocked that the world was able to see me in an intimate moment, this was someone I was in a relationship. This is beyond embarrassing and hurtful. I would never consent to doing such a thing. But let me warn you, ladies.. Be careful who your sleeping with, he may be your enemy… I can’t even explain the feeling but things will be dealt with. Evil people never prevail. This was someone I once trusted/confide in and it just really opens your eyes to be careful who your with and what you do.”