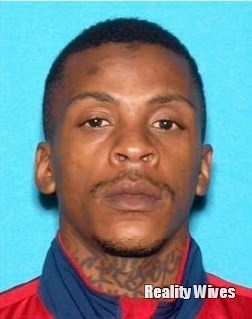 Police identified a suspect late Monday in the killing of the rapper Nipsey Hussle, shortly after 19 people were injured, two of them critically, during a vigil at the scene of Sunday’s shooting.

Police said they were seeking Eric Holder, 29, of Los Angeles.

They alleged that Holder walked up to Hussle and two other men in the parking lot of Hussle’s Marathon Clothing store in the Hyde Park neighborhood on Sunday afternoon, fired numerous shots and fled in a waiting vehicle driven by an unidentified female.

The identification came as scores of police stood guard at the intersection of West Slauson Avenue and Crenshaw Boulevard in South Los Angeles. Fire officials said they initially responded to reports of gunfire, but police said those reports didn’t appear to be accurate.

Fire officials said 19 people were transported to hospitals. Two were in critical condition, one of whom had been struck by a vehicle and another of whom with an unspecified penetrating injury. Two other people were in serious condition. Law enforcement officials told NBC News that at least one person was stabbed.

The nature of the other injuries wasn’t immediately clear, but fire officials said many of them appeared to be “trample injuries,” suffered as numerous people fell or were knocked to the ground as panicked crowds fled the scene.

Los Angeles Police Chief Michael Moore said in an interview on KNX radio that a disturbance, possibly a fight, broke out about 8:30 p.m., which set off “a cascading series of events that caused a lot of turmoil.”

“Uncertainty can cause people to swarm and move in these heavy flows,” Moore said, adding that in the confusion, “some individuals in the group were attacking or striking someone else.”

Police issued a citywide tactical alert as scores of helmeted officers raced to the intersection.

Hussle, whose debut studio album, “Victory Lap,” was nominated for Best Rap Album at this year’s Grammy Awards, was shot and killed Sunday in the parking lot outside his Marathon Clothing store. A suspect remained at large Monday night.