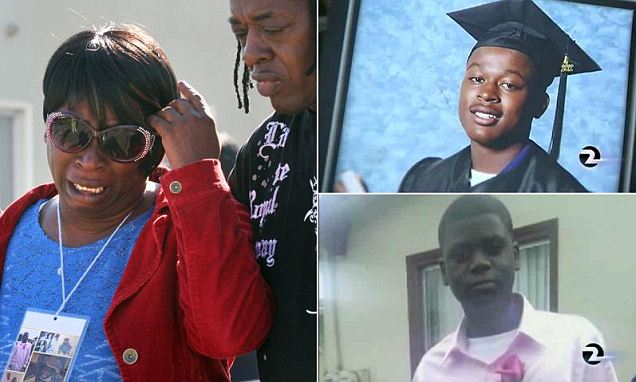 via NBC Bay Area:
An Oakland mother has no more children left after gun violence claimed both of her two sons’ lives in a span of less than three weeks. Her youngest son, who was only 13 years old, was gunned down on New Year’s Eve on 104th Avenue near Walnut Street. Her oldest son was shot and killed Sunday, near the intersection of 100th Avenue and Longfellow, 19 days after her 13-year-old was killed.

“Hopefully the community people will come forward,” Dinyal New said, “because how can a mother experience two losses within 19 days? Both her kids. It’s horrible.”

New said no words can describe her grief. She is mourning the death of 19-year-old son Lamar Broussard less than a week after burying her youngest son, Lee Weathersby.

“Somebody’s failing these kids,” New said. “They feel like it’s OK to murder these kids. They have no remorse or understanding afterwards.”

Broussard was ambushed near the intersection of 100th Avenue and Longfellow. Both Broussard and his best friend Derrick Harris were shot and killed. Harris’s mother Tameka Rothchild is in shock.

New said she is begging for someone to come forward with information about the killings. She also had another request.

Oakland police said they have not identified any suspects in the shooting deaths.