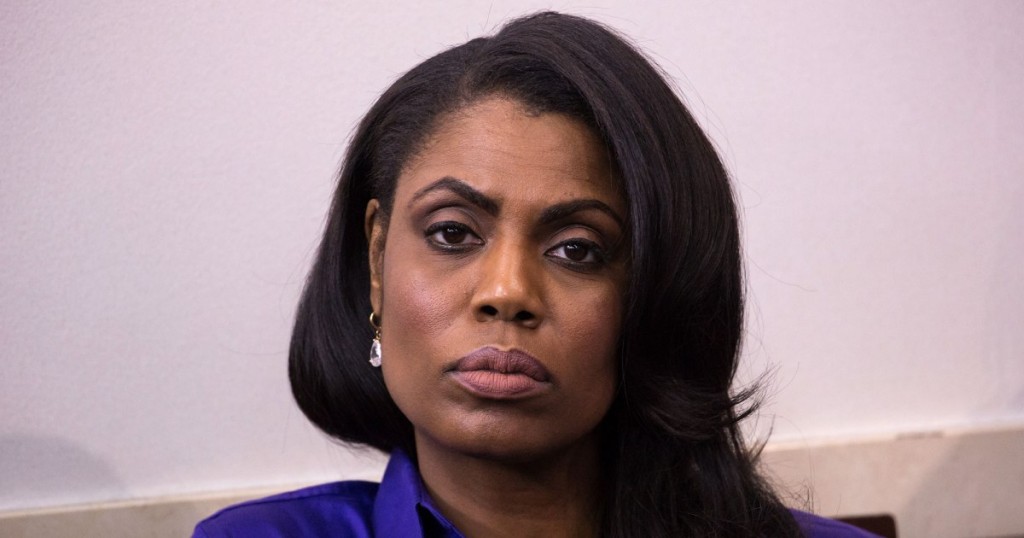 Omarosa, who became the reality-TV world’s favorite villainess shortly after she met Trump on his NBC competition series The Apprentice way back in 2004, will officially leave the White House on January 20, 2018.

The announcement was made Wednesday morning by White House Press Secretary Sarah Huckabee Sanders, according to White House pool report:

In response to questions about Omarosa Manigault Newman leaving the White House, a statement from Sarah Sanders is below:

“Omarosa Manigault Newman resigned yesterday to pursue other opportunities. Her departure will not be effective until January 20, 2018. We wish her the best in future endeavors and are grateful for her service.”

Omarosa, who served as the communications director for the Office of Public Liaison, had been reported to be one of the White House’s most effective Pot Stirrers. She is credited with bunching President Trump’s undies for whole days at a time. Among her many accomplishments in the White House, which NYT reports Trump has told his team to think of as the set of a daily reality TV show, Omarosa is credited with being the force behind the POTUS tweet that Morning Joe co-host Mika Brzezinski “was bleeding badly from a face-lift.”

American Urban Radio Network’s White House Correspondent & Washington Bureau Chief April Ryan first got wind of the drama Tuesday night. Early Wednesday morning CNN contributor Ryan tweeted that “there was a lot of drama at the White House last night” adding, “I hear [Omarosa] was escorted out of the building and off campus.”

Omarosa also made headlines for herself in August for her public outburst at the NABJ convention. She’s also credited with being an organizer of a Black History Month diversity meeting, at which Trump said nice things about Frederick Douglass, but it was unclear if Trump knew Douglass was no longer with us.

Fired or Resigned under Trump’s regime.