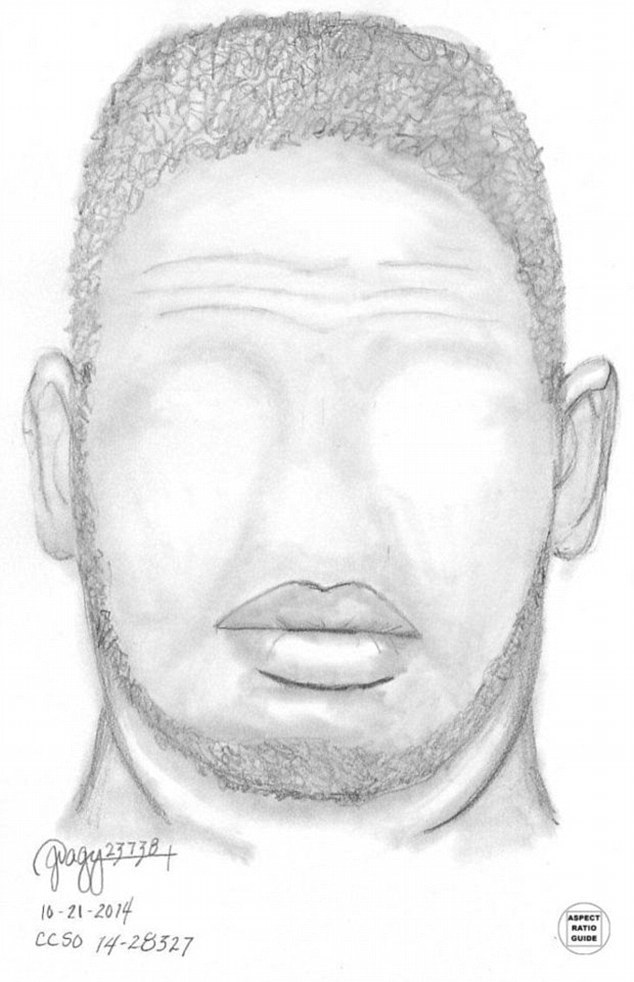 When a 12-year-old Oregon girl was unable to fully describe the man who tried to lure her into his car last week, the police sketch artist decided to focus on only the parts she did remember, resulting in a bizarre picture of a faceless suspect.

A sketch of the man, described with a ‘scratchy smoker’s voice’ and a chin beard with no hair over the upper lip.’

He allegedly drove up to the young girl at about 8:50 a.m. on October 15, telling her that her mother was in the hospital and he had been sent to pick her up.

The girl was walking to school at the time. She was able to grab her cell phone and flee as he approached her.

The victim was able to recall that he was a short, black male in his 50s to 60s with a ‘heavy’ build and a buzz cut.

He was driving a red Toyota pickup truck. The vehicle had two bumper stickers – ‘Keep Portland Weird’ and ‘Baby on Board’ – and the license plate contained an ‘X’ ‘Q’ and a ‘Z.’

She was not, however, able to remember his eyes or nose.

The Daily News reports that it would be ‘very problematic’ for the sketch artist to draw features in if they had no description, according to Dan Kraus of the Clackamas County Sheriff’s Office.

One KPTV reader commented on the station’s site: ‘So are we supposed to be on the lookout for a man with no eyes?’

The suspect has not been seen by anyone since Friday morning.

VIDEO: Hospital Calls Security On New Mom For Breastfeeding In the Waiting Room Then Escort Her Out