I came across this little article on Page Six, Nene Leakes Is A Facetune Fiend LOL! We’ve never used a filter and I always wondered why does Nene’s nose look so weird. Facetune

Facetune is a photo editing application used to edit, enhance, and retouch photos. Features allow users to reshape images (such as if one’s nose is crooked, or if one wants to be less fat in the image), patch one part of an image somewhere else (often used to remove unwanted spots on face, such as wrinkles as acne, or add more wanted spots, such as the hair on a head), draw (as when the color of hair or skin is wished to be changed), defocus and blur, whiten teeth, remove blemishes, and smooth skin. Facetune users can also choose from a variety of filters, lighting, textures, contrast, and frame options. (Wikipedia)

We know that many social media users, use Photoshop and Facetune, you’re up next KarJenner crew. 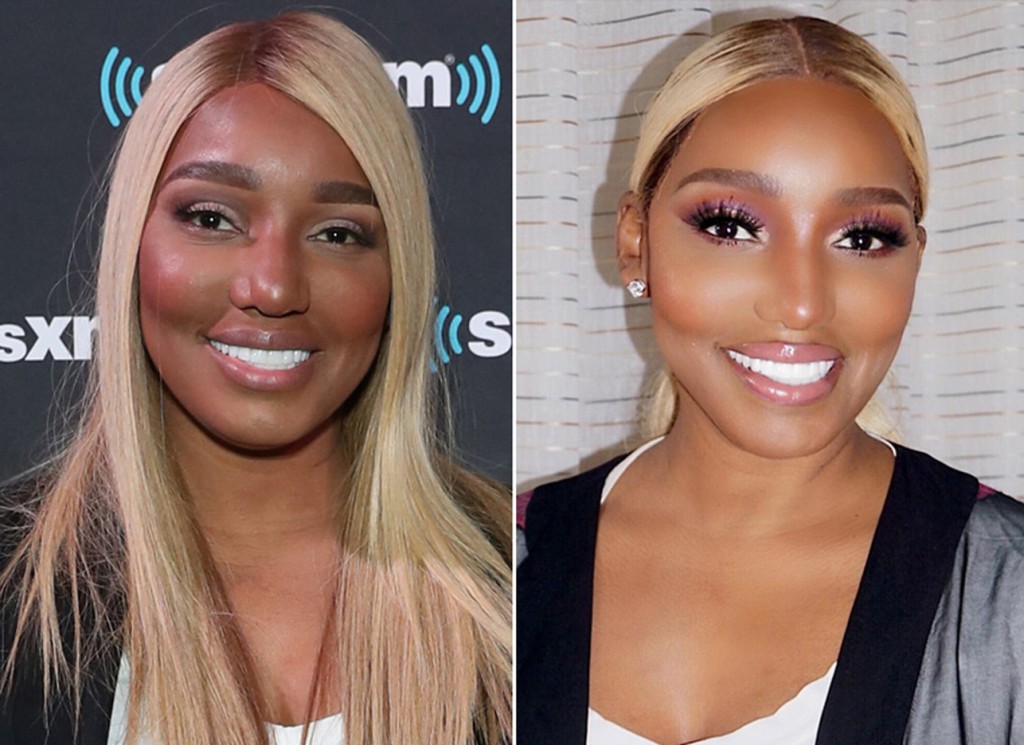 Nene Leakes may star on “Real Housewives” but when it comes to her Instagram photos, real is just a mere suggestion. The Atlanta peach uses a heavy hand when it comes to altering her images and Page Six has the photos to prove it.

In this picture with her former friend Cynthia Bailey, she not only pulled in her own stomach, but hiked up the waistline of Bailey as well. The first photo is straight from the photographer, while the latter is what appeared on Nene Leakes’ Instagram. 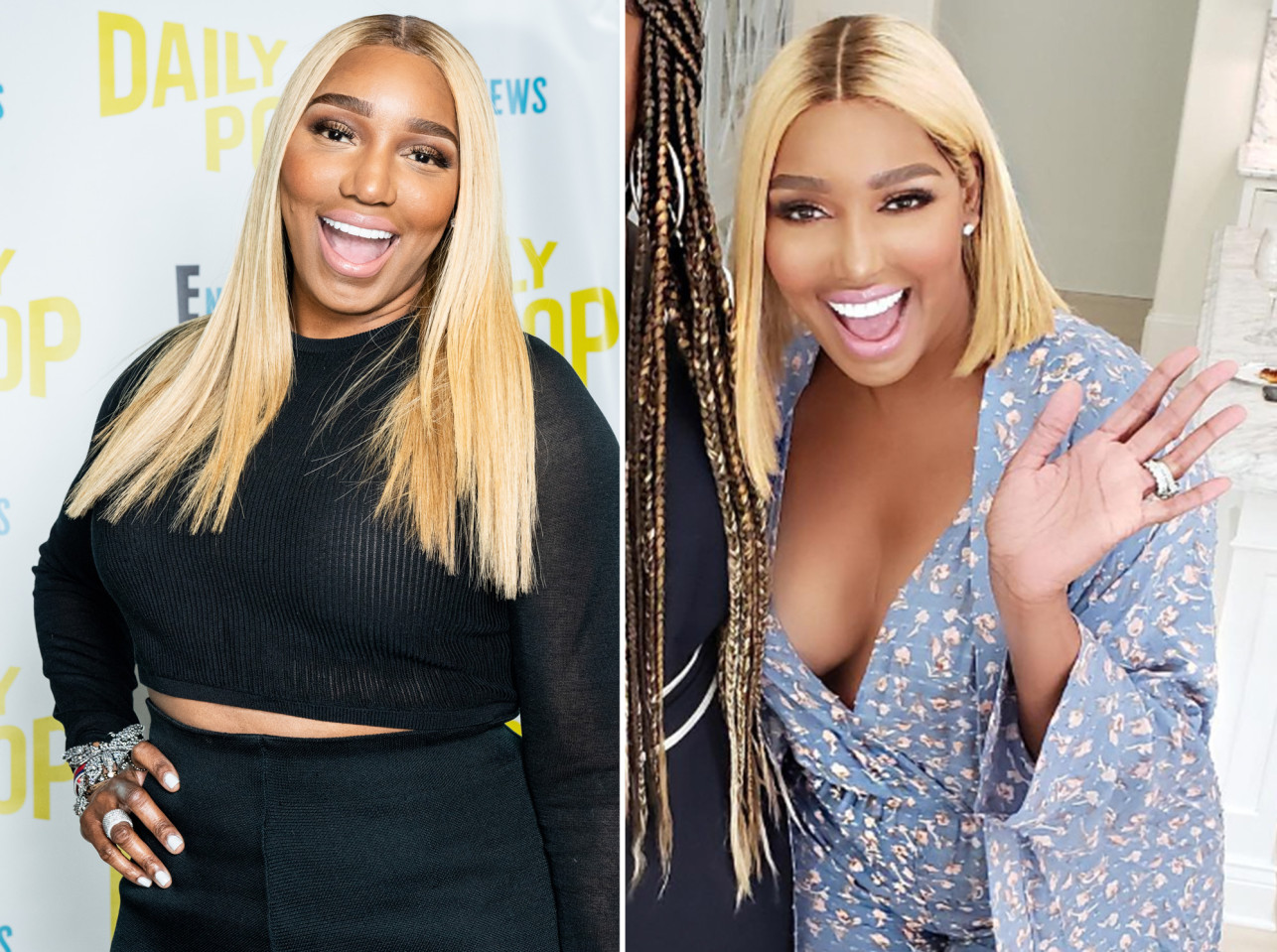 Her excited face looks quite different without the help of the blur tool.

Nene slimmed down her nose and got rid of a bulging armpit in this photo. 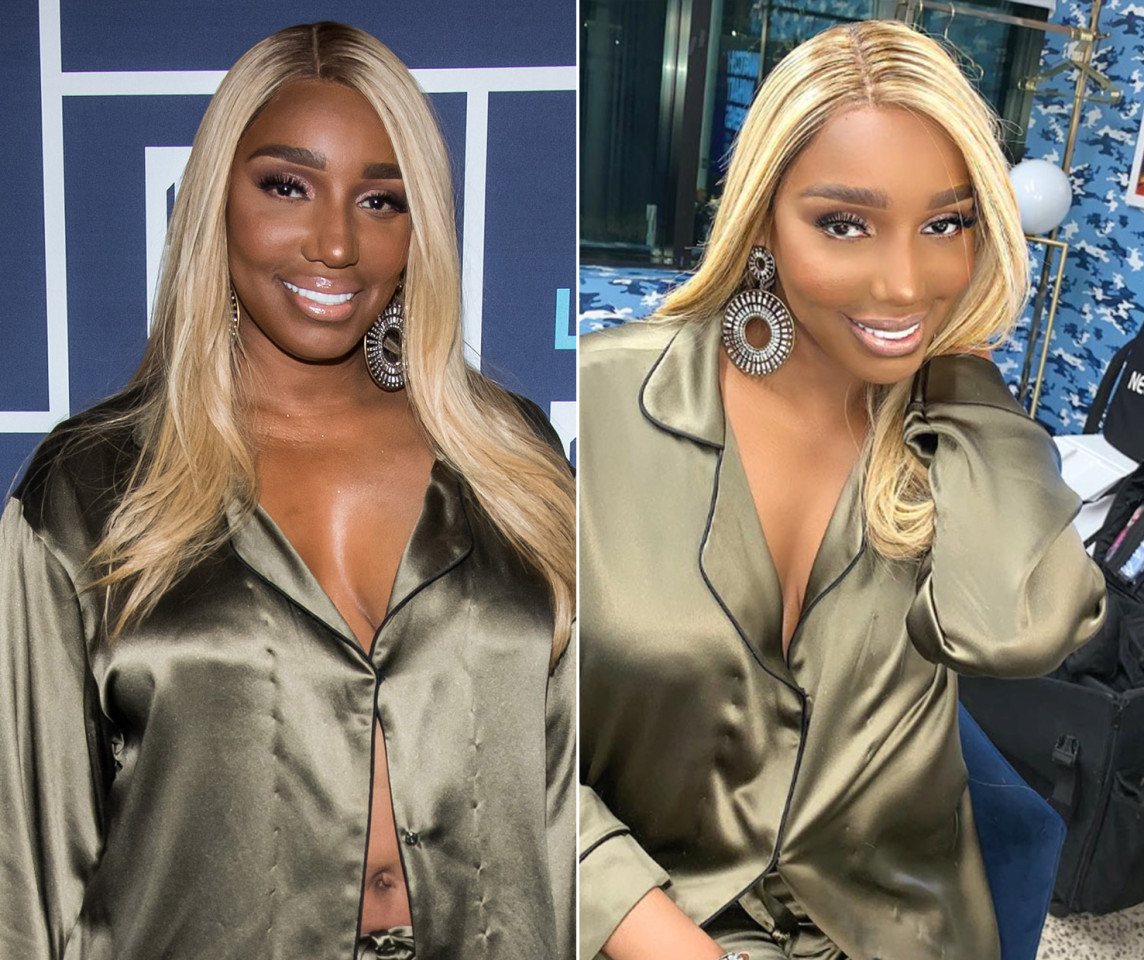 Perhaps the pajama clad Nene has beauty sleep to thank for her dramatically altered appearance in these two photos. The left is from the “Watch What Happens” while the other is from earlier that day at radio station.

Nene nipped in her waist for the Instagram version of this paparazzi shot. 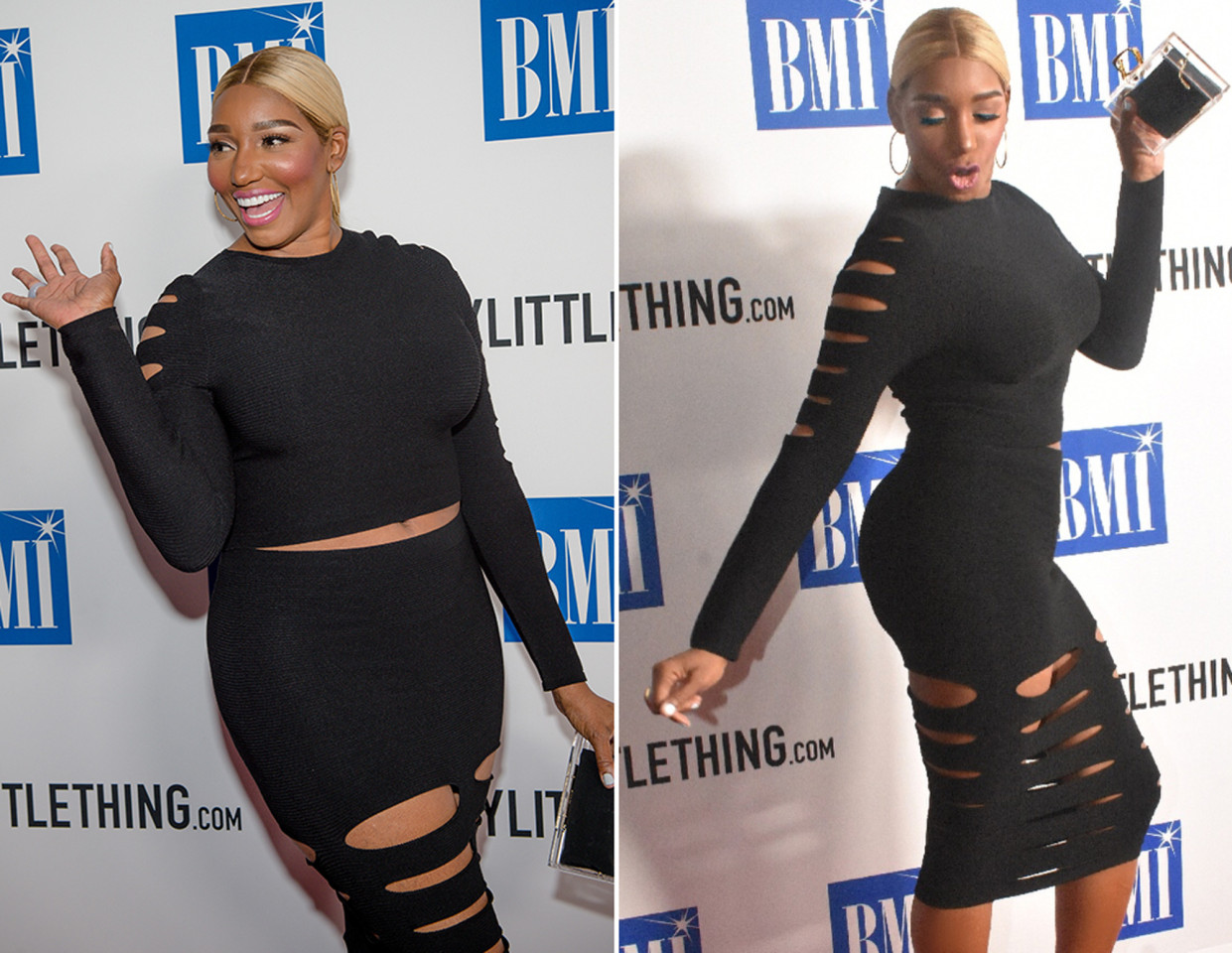 Nene created her own spotlight while onstage by erasing shadows around her nose. She also narrowed down her body. 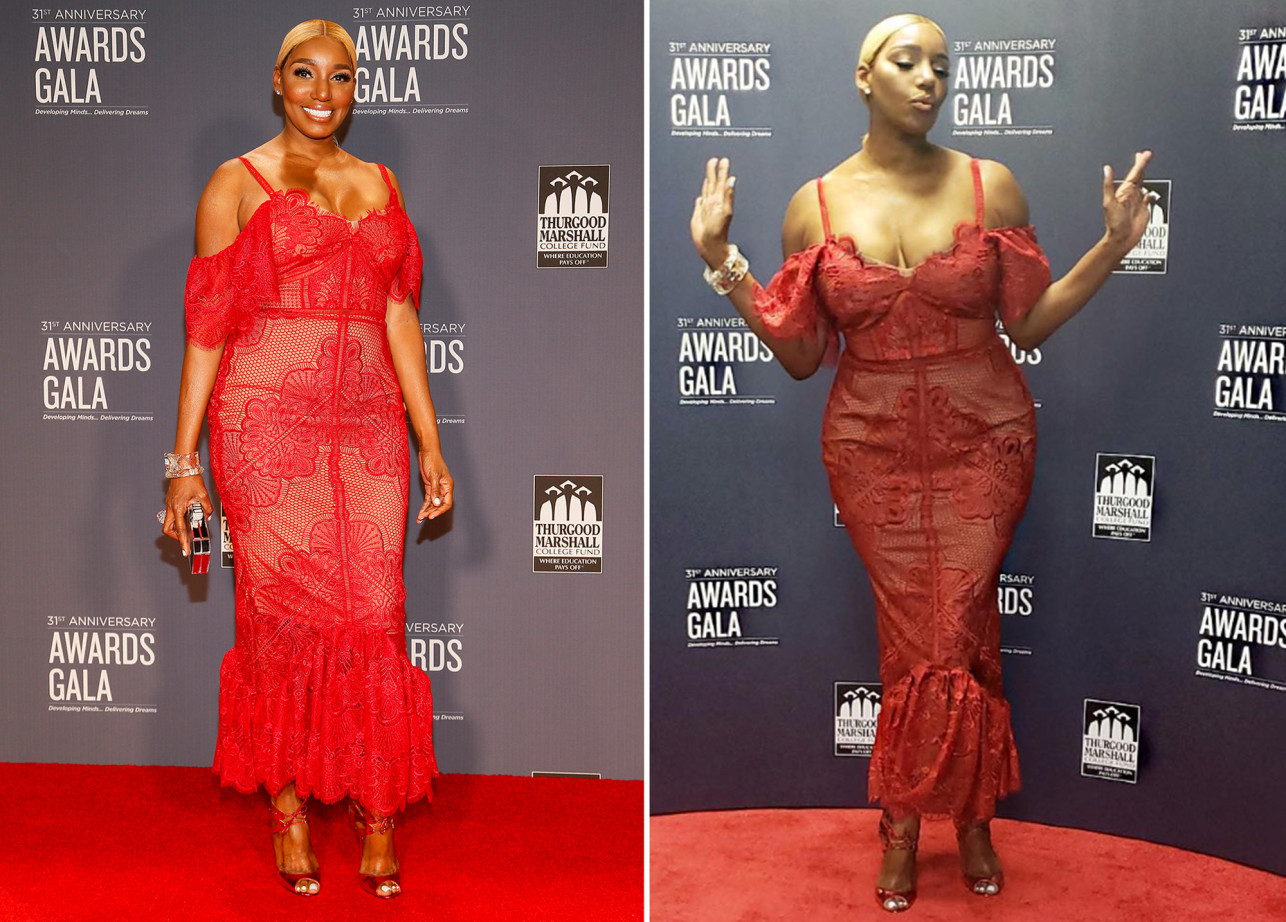 Leakes was gala ready in a red dress, and while her dramatic curves could be thanks to some careful posing, Leakes has a track record that leads us to believe it was digital help. 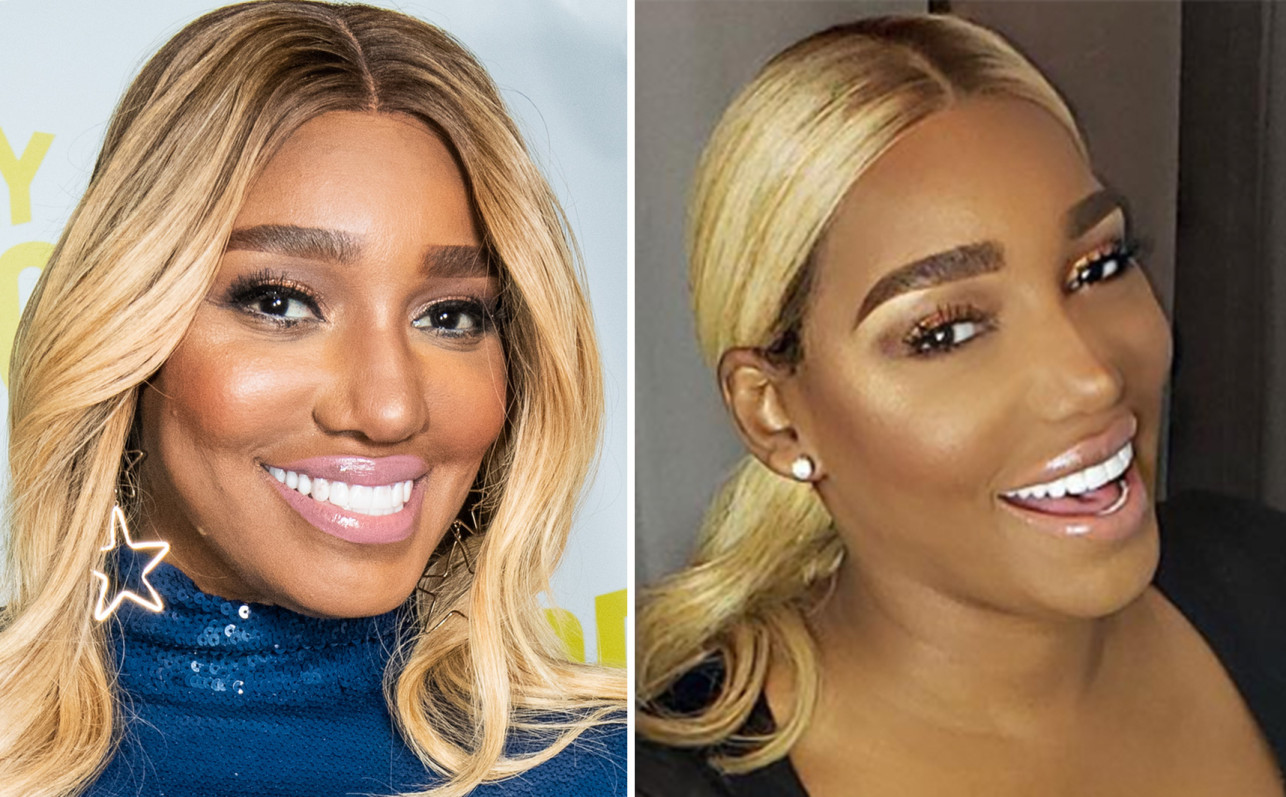 Leakes has already made a dramatic transformation from how she looked on Season 1 of “The Real Housewives of Atlanta.” If her face tuning tendencies are anything to go by, she isn’t done yet. 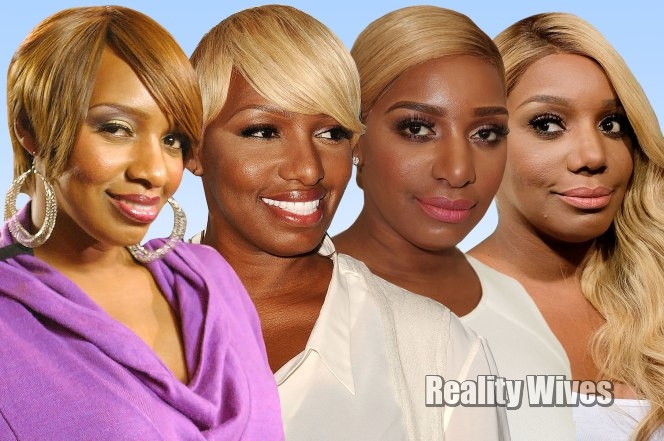 Nene & her many noses.

This is the woman that called Porsha Williams who was nine months pregnant, fat. 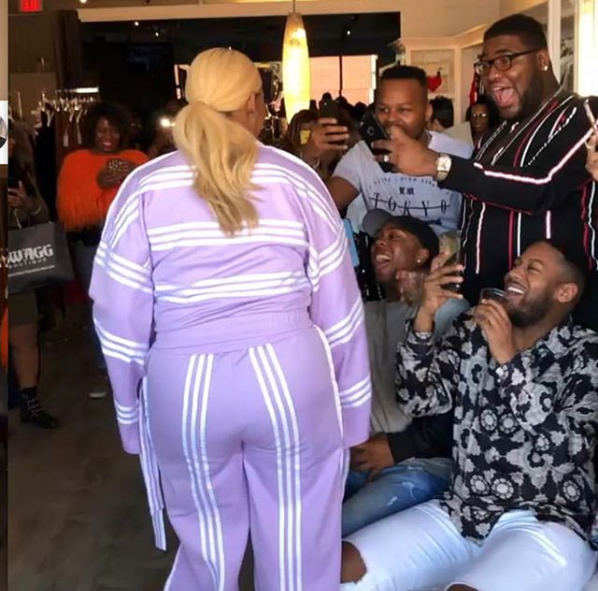 More in Real Housewives Of Atlanta, Reality Television (277 of 3074 articles)