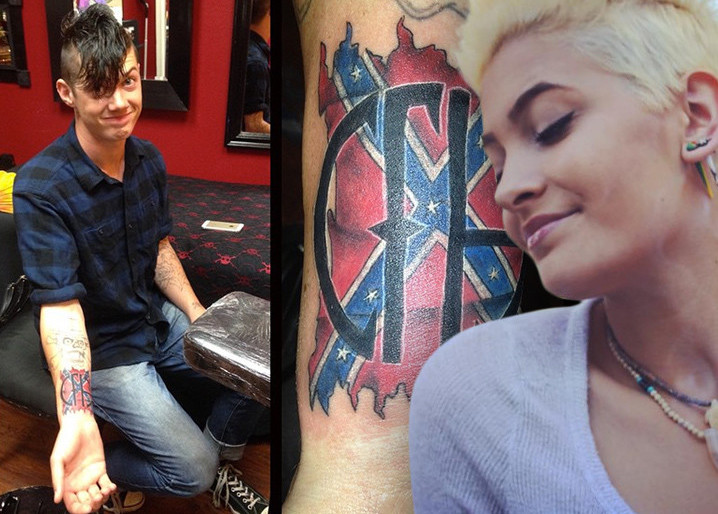 Paris Jackson is dating a racist at least that’s what some members of her family fear.

Members of the Jackson brood tell us Michael Snoddy’s arm tattoo proudly displaying the Confederate flag is highly offensive and ironic, since Paris’ dad was black.

Snoddy, a drummer with the band Street Drum Corps, is a little out of step, as some Southern states are removing vestiges of Confederate symbols from public view.

Paris, who’s been dating Snoddy for a few weeks, doesn’t seem to mind, but her family thinks the fact that his tat was strategically placed for all to see is an omen about his feelings toward African Americans.

We spoke with Snoddy, who scoffed at the claims and said, “I wouldn’t be dating a black girl if I were a racist.”

That answer might not fly with the Jacksons, so we’re guessing his other defense could be he’s a fan of Pantera’s album, “Cowboys From Hell.” Notice the “CFH” on the tat. That group used the flag on its merchandising and posters, although some members have expressed regret.