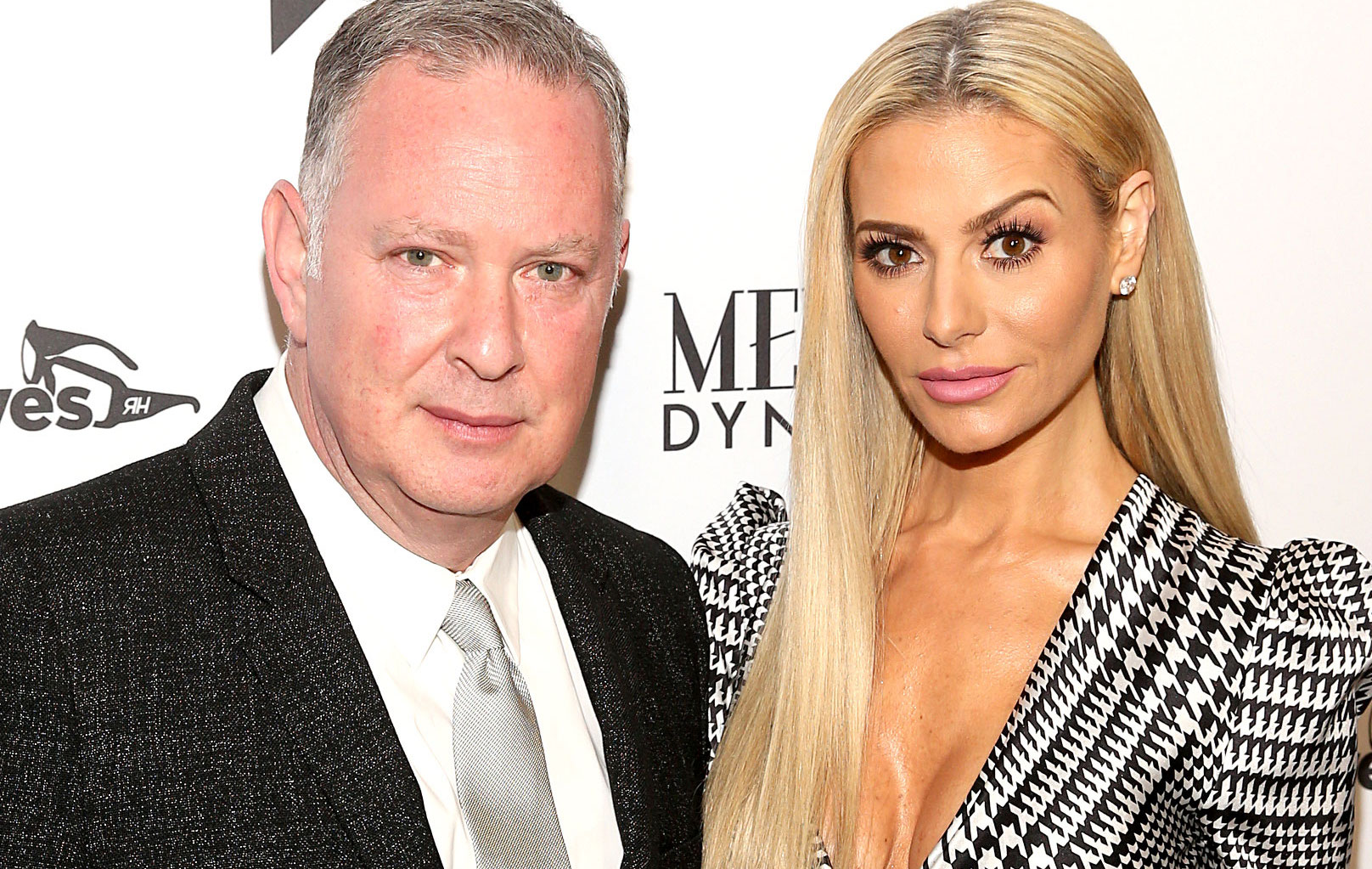 They only have one bank account? Strange. According to court documents obtained an L.A. judge ordered that the pair’s account remain untouched until a court hearing in September due to a lawsuit Paul, 51, is facing from a man named Nico Kirzis. Nico claims to have loaned Paul more than $1.2 million eight years prior.

Paul posted this in response: 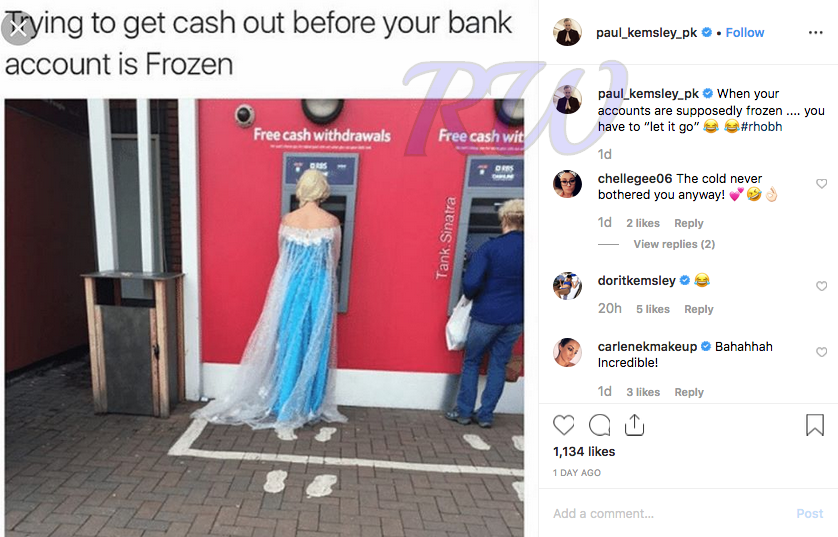 In May Paul had been ordered to reveal his financial records, including his bank accounts, assets and property, during a hearing on the case on the 19th June.

Paul addressed his financial situation via Instagram on the 28th June after Camille Grammer raised questions about his livelihood on the 25th June episode of the show. Camille, 50, also alluded to him “owing a lot of money” to a “very close” acquaintance.

In response, the music manager posted a meme that read, “I create. I take risks. I live my passion. I am an entrepreneur.” “In answer to the multiple questions about what I do …. this is what I do,” he wrote. 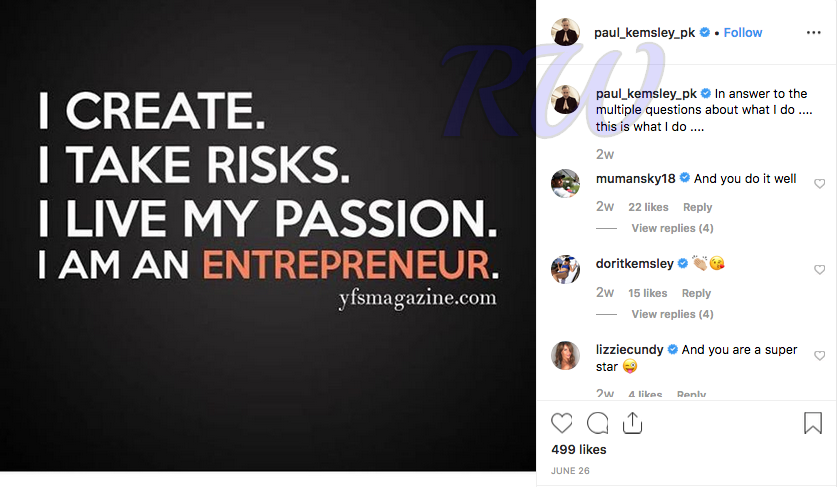 Dorit, 42, responded to the post with clapping and kissing emojis, while costar Mauricio Umansky commented, “And you do it well.”

In addition to the  lawsuit, Dorit’s former business partner, Ryan Horne, sued the swimwear designer in 2017 over a $205,000 loan he claimed to have given her to start her line, Beverly Beach by Dorit. Dorit countersued, calling Ryan a “vendor” of her company. Both parties were ordered to mediation by a judge in January.

Dorit spoke about the suit on the 30th April episode of Watch What Happens Live. “Obviously it happened, it’s all over the Internet. It was embarrassing, it’s unfortunate, I was grateful that the other women didn’t bring it up this season. I’m very comfortable with our legal position” she said at the time.

Paul was also sued by a UK sports betting company in February, which claimed he failed to repay a $75,000 gambling debt. In April the case was dismissed.