Paul Walker Was In A Street Race When He Died In Fireball Porsche Crash, Witness Claims

By : Staff
Comment: 0
Tag: Car Crash, Fast & The Furious, Paul Walker, Roger Rodas, Street Racing
“If one day the speed kills me, do not cry because I was smiling” – Paul Walker

The supercar that actor Paul Walker was in when he died may have been racing another vehicle when the fatal crash occurred. Police are investigating tip-offs from possible witnesses that the Porsche driver Roger Rodas, who was photographed getting into the car moments before the accident (bottom right), was in the middle of a street race at the time. Detectives are now appealing for anyone who may have video of the car to come forward as sources close to the investigation reveal high speed may have caused the crash. Yesterday Fast & Furious star Tyrese Gibson (pictured center) broke down in tears as he placed a flower at the crash site. A scene which has now been leaked from Fast & Furious 7 shows Walker and Gibson’s characters at a funeral (pictured left). Gibson says ‘Promise me, no more funerals’, only for Walker to reply: ‘Just one more.’

via Daily Mail:
Cops are investigating the possibility that Paul Walker was in the middle of a high-speed street race with another car at the time he crashed and died this weekend TMZ has learned.

Law enforcement sources tell us investigators have received tips that Walker and the man driving the Porsche, Roger Rodas, had been racing prior to the crash and the high speed may have contributed to the wreck that killed both men.

Sources say the area where the crash occurred has a history of being a popular street racing location.

We’re told cops are on the hunt for video and witnesses that could prove another car was involved.
It is understood the fatal incident took place in an area popular with street racers and rumours are circulating that the red Carrera GT had been racing before the incident.

The new twist in the case comes as Paul Walker Snr, the Fast & Furious film actor’s father, paid and emotional tribute to his son, saying: ‘His heart was so big. I was proud of him every day of his life.’

Today co-star Tyrese Gibson wept as he visited the crash site to lay flowers. Hundreds of fans have turned the site into a makeshift shrine.

Meanwhile, a haunting clip of tragic actor Paul Walker promising there would be ‘just one more’ funeral in the next Fast & Furious film was leaked online just three days before he died in a horrific car crash, it has emerged.

In the teaser scene, from Fast & Furious 7 but released as an extra on the DVD and Blu-ray versions of Fast & Furious 6, Walker’s character, Brian O’Conner, makes the remark to co-star Tyrese Gibson’s character, Roman Pierce, at the funeral of Han and Gisele.

Standing in the graveyard, Gibson turns to Walker and says: ‘Promise me Brian, no more funerals.’ 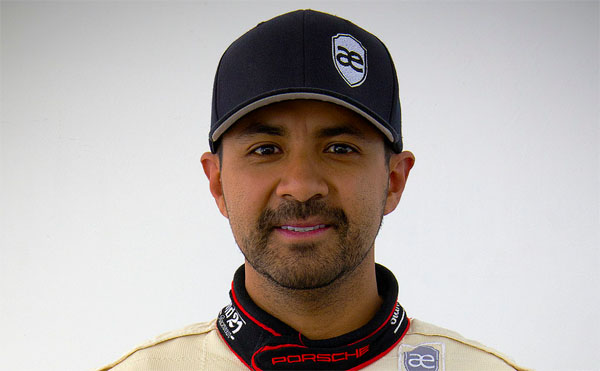 Roger Rodas, Paul’s friend was driving the car which ended both his and Paul’s lives

The clip was leaked on film website Movies.com on November 27. Fast & Furious 6 is to be released on DVD and Blu-ray on December 10 in the U.S.

Walker was killed with friend Roger Rodas, 38, when the Porsche Carrera GT they were driving smashed into a tree during a charity event in Santa Clarita, California. Authorities have confirmed that speed was a factor in the crash – although it will take time to determine how fast they were traveling. 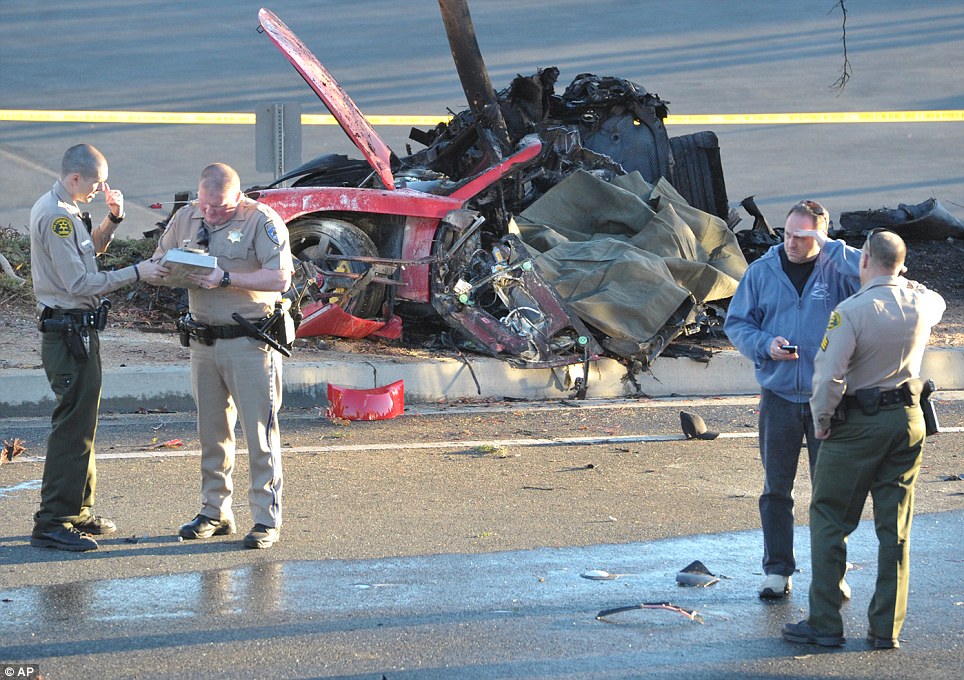 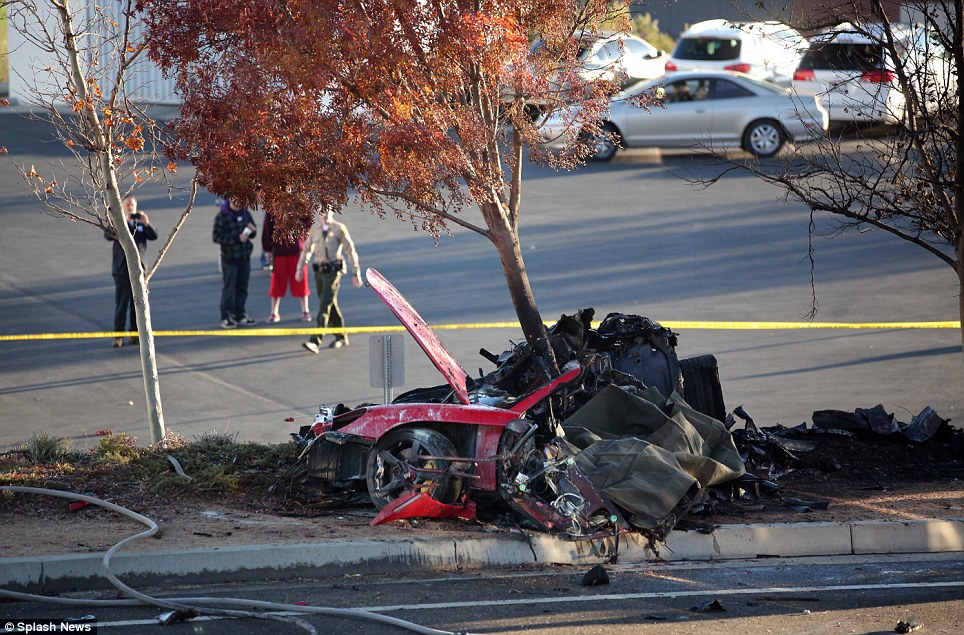 ‘There aren’t any tears shed (they’re all too manly for that), but Vin Diesel does croak out “You were always my brother Han. He put you in the grave, so now I’ll do the same to him”,’ movies.com reported.


Paul Walker, 40, leaves behind a 15-year-old daughter, Meadow, pictured with him below right, who had recently moved to California from Hawaii to be closer to him and his girlfriend of seven years, Jasmin Pilchard-Gosnell, 23. 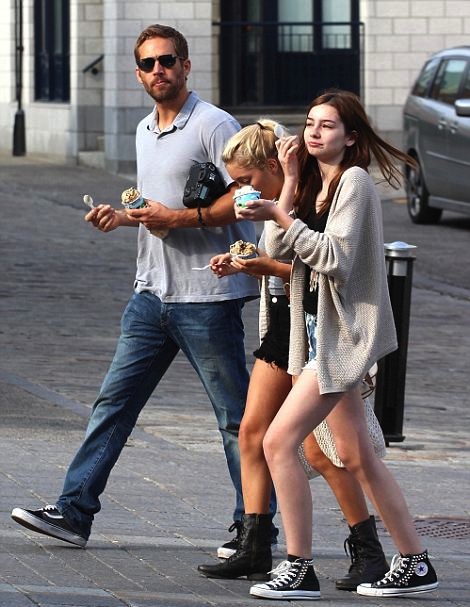 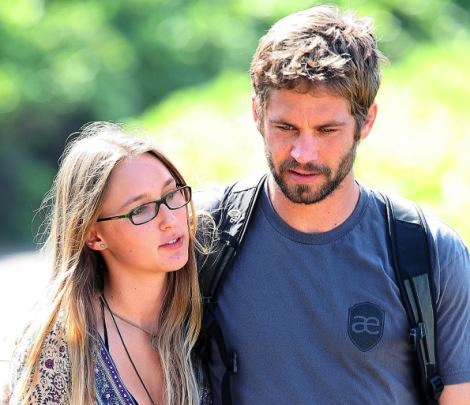 Paul’s father, Paul Walker Sr, said: ‘His heart was so big. I was proud of him every day of his life.’ 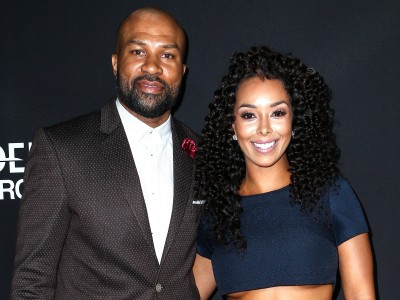 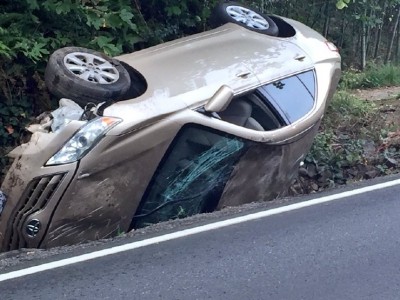 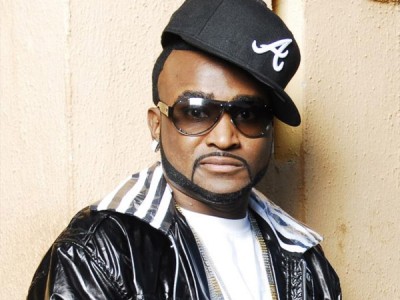