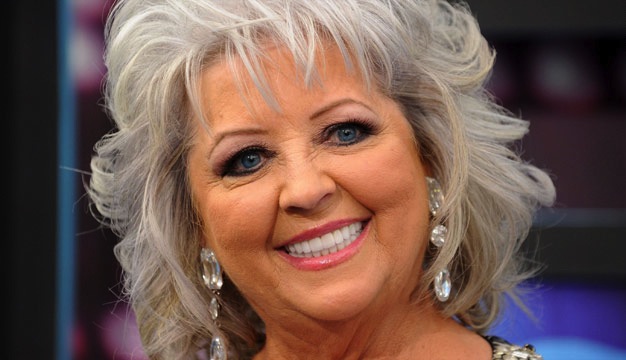 Paula Deen the loveable granny chef and Georgia native is being sued for $1.2 million by her Savannah restaurant’s former general manager.

via US Magazine:
Lisa Jackson, who claims the Food Network star made derogatory marks about African Americans. In her March 2012 lawsuit, Jackson alleged that during one conversation, Deen’s brother and business partner, Bubba Hiers, said “they should send President Obama to the oil spill in the Gulf of Mexico so he could n-gger rig it.”

In her lawsuit, Jackson also reportedly said Deen appointed her to oversee the catering and staff for Hier’s 2007 wedding. When she asked Deen what the servers should wear, and if she wanted black men to play the role of slaves at a wedding she explained she got the idea from a restaurant her husband and her had dined at saying, the Emmy winner allegedly replied, “Well, what I would really like is a bunch of little n-ggers to wear long-sleeve white shirts, black shorts and black bow ties. You know, in the Shirley Temple days, they used to tap dance around. Now, that would be a true Southern wedding, wouldn’t it? But we can’t do that because the media would be on me about that.”

In her May 17 deposition, Jackson’s Atlanta-based attorney asked Deen if she’d ever used the n-word. “Yes, of course,” the Paula’s Best Dishes host replied. When asked about racial jokes, Deen said, “It’s just what they are they’re jokes. Most jokes are about Jewish people, rednecks, black folks… I can’t determine what offends another person.” Deen denied telling racial jokes herself.

“The whole entire waiter staff was middle-aged black men, and they had on beautiful white jackets with a black bow tie,” Deen recalled. “I mean, it was really impressive. That restaurant represented a certain era in America… after the Civil War, during the Civil War, before the Civil War… It was not only black men, it was black women… I would say they were slaves.”

A representative for Deen exclusively tells ENTERTAINMENT TONIGHT, “Contrary to media reports, Ms. Deen does not condone or find the use of racial epithets acceptable. She is looking forward to her day in court.” Wow, the civil war era and slavery I’ve heard was such a wonderful time for African-Americans and Black people. Paula, Paula why? There is never any excuse to use the N word, whether in music, film or as a joke, as a Black or White person. What are your thoughts? Post your comments below.