Pebbles Sues Left Eye Of TLC For Thousands Of Dollars She Was Owed From 1992! 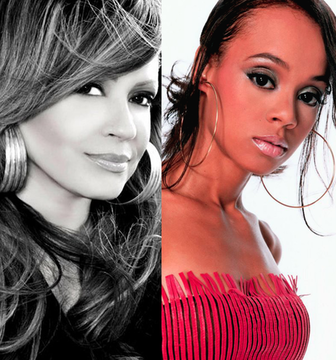 Is this woman for real?

TLC’s former manager Pebbles said that she would approach the girl group with her legal team if she found one thing wrong with her portrayal in their VH1 “Crazy Sexy Cool” biopic.

According to the website Creambmp, the former manager is still owed money by the deceased member, Lisa ‘Left Eye’ Lopes. Pebbles allegedly told a VH1 correspondent, “Just cuz she not here doesn’t mean she ain’t gotta pay what she owe; Everybody pays what they owe. Ask TLC.” The site claims that Pebbles added, “I honestly thought of her as a little sister …a little sister that owes me money from 1992″

#TLC sold $10m in records & got paid $15k each. They had to buy the name from Pebbles at $1m per letter $3m in total #CrazySexyCool

CrazySexyCool sold over 11 million copies in the USA, and became one of the first albums to ever receive a diamond certification from the RIAA, and won the group a 1996 Grammy Award for Best R&B Album and a 1996 Grammy Award for Best R & B Performance by a Duo or Group for “Creep”. During their massive success, the members of TLC filed for Chapter 11 bankruptcy on July 3, 1995.

They declared debts totaling $3.5 million, much of it because of Lisa Lopes’ insurance payments arising from the arson incident and Tionne Watkins’ medical bills, but the primary reason being that each member of the group was taking home less than $35,000 a year after paying managers, producers, expenses, and taxes. They sought to renegotiate their 1991 contract with LaFace, under which they only received SEVEN percent of the revenues from their album sales, and to dissolve their association with Pebbitone. Both Pebbitone and LaFace countered that TLC simply wanted more money and were in no real financial danger, (WHAT?! $35,000 and no financial danger) resulting in two years of legal debates before the cases were finally settled in late 1996. 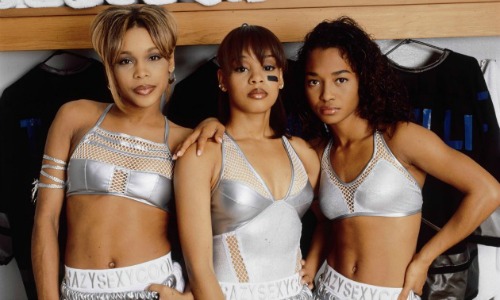 The source claims that Pebbles isn’t upset about the biopic and claims “It’s just business.” If this is true, Pebbles is one special woman. Let the dead rest.

Check out the Tionne and Rozonda’s full interview with The Breakfast Club below:

So why is Pebbles only suing Lisa “Left Eye” Lopes’ estate and not Tionne Watkins or Rozonda Thomas? What are your thoughts? Post your comments below.