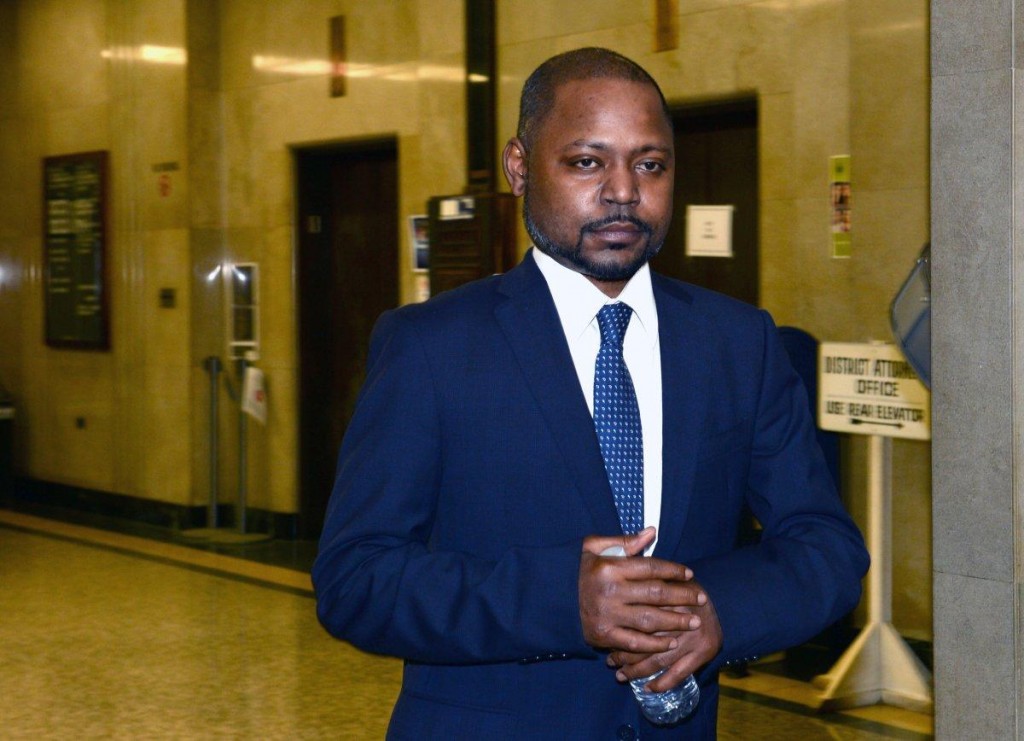 The brother of platinum-selling rapper Nicki Minaj was convicted Thursday of repeatedly raping his 11-year-old stepdaughter in their Long Island home.

The verdict in the trial of Jelani Maraj capped a sordid three-week Nassau County Court prosecution rife with horrific testimony from the shaken accuser about the unrelenting abuse.

The jury deliberated over two days before returning its verdicts. A stoic Maraj showed zero emotion as he was convicted of predatory sexual assault against a child and endangering the welfare of a child.

He faces 15 years to life in prison on the sexual assault conviction.

The accuser, now 14, girl testified that Maraj, 38, anally raped her at one point, slapped her in the face and ordered her to remain mute about his actions.

Her kid brother testified about accidentally stumbling upon Maraj as he was sexually assaulting the girl.

Juror Arthur Naclerio, 67, of Massapequa, said listening to their stories was difficult.

“What (the victim) went through all that time,” he said. “Thinking that if it was a lie, how could she keep it up that long at that age?”

He added that it was “not that hard” for the jury of eight men and four women to reach its verdict.endnu

The defense claimed the child sex abuse charges were a shakedown by Maraj’s new wife, who allegedly sought $25 million in hush money.

Despite much speculation and rumor, Queens native Nicki Minaj was not called as a witness for her brother. And Jelani Maraj did not testify in his own defense.

But a prosecution witness testified that semen found on the accuser’s pajama bottoms was a one-in-291 billion match with defendant Maraj.

The first sexual assault occurred in April 2015, just fourth months before the girl’s mother married Maraj in $30,000 celebration where Minaj picked up the tab, officials charged.

Maraj was arrested Dec. 1, 2015, on charges of predatory assault, second-degree course of sexual conduct and a misdemeanor charge of acting in a manner likely to injure a child.