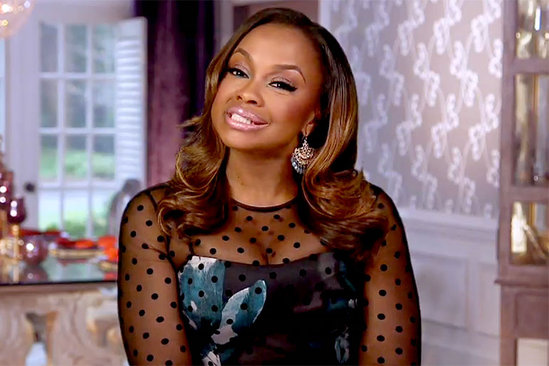 What was going through your mind during the incident with Tammy and her nephew?
Everything happened very fast. One moment we were all having fun and in a split second things took a disastrous turn. Initially, I was shocked and stunned, but when I saw Tammy on the ground, I sprung into EMT mode and went to help her. I took her pulse, checked her breathing, and determined she did not need CPR, so I just stayed by her side until the ambulance arrived. It could have been much worse.

Why did you get so emotional during your talk with Sheree?
The plight of African-American boys is close to my heart. Being the mother of two black sons requires me to be more aware of society’s perceptions, because I have to teach them how to appropriately conduct themselves in situations like this. While Glen’s behavior and actions were clearly unacceptable, seeing him provoked into a confrontational situation is a prime example of how a manageable incident can quickly escalate into a dangerous situation. A misperception or miscommunication can very well be the difference between life and death, as we have seen time and time again throughout history. Kenya’s fears and poor communication skills turned what should have simply been an uncomfortable situation into an act of violence. I got emotional because all too often young black boys are in similar situations that unexpectedly and unnecessarily turn violent and result in them either being seriously hurt or killed. I was with the family of Michael Brown in Ferguson and have seen this tragedy firsthand. I am friends with Trayvon Martin’s mother, and I know she never expected to be the face of a movement, but fortunately she turned her sorrow into strength and has led the cause to bring awareness to senseless violence against black boys. I do not condone violence against women — I am a woman, daughter, sister, and mother — but I equally do not condone labeling or stereotyping.

Were you disappointed Kim decided to leave early?
I was disappointed in the sense I wanted to spend more time with her, and I wanted her to enjoy herself, but she needed to do what was best for her. Kim has never been around a group of women like this before, and Lord knows it can be troubling at times. What happened was upsetting, and I can’t fault anyone for doing whatever they felt was necessary for their safety and well-being.

More in Real Housewives Of Atlanta, Reality Television (1481 of 3036 articles)