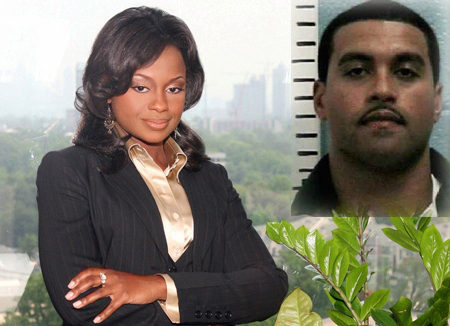 via Radar Online:
When Apollo Nida was arrested for fraud and identity theft last month, he insisted that his marriage had been unaffected by his legal issues, and that he and his wife, Phaedra Parks, would “never” split up.

But Radar Online has learned that the Real Housewives of Atlanta couple have actually been living separate lives for weeks — and haven’t been photographed together since last November!

Instead of standing by her man’s side as he prepares for the next round of his trial in March, Parks has chosen to launch a book tour for her advice guide Secrets of a Southern Belle – even though it was released more than three months ago.

Meanwhile, her husband Nida made a trip of his own to South Carolina, where he was spotted partying with other women at a local nightclub on Valentine’s Day.

He recently confirmed on his twitter that otherwise, despite his wife’s busy schedule, he’s been staying mainly in Atlanta. Indeed, as Radar has reported, the terms of Nida’s bail require that he clear any out-of-state trips with the courts, and travel with a court-appointed supervisor.

All told, the couple haven’t been photographed together in public since November 22. The last time Parks posted a pic of him on her Twitter account was before that, on October 26, when she retweeted an even older photo from a fan. Nida hasn’t posted a pic of his wife since March.

This new distance comes on top of reports from last spring, when an anonymous source claimed to have spent the night with Nida at an Atlanta Holiday Inn in March, and presented a room receipt that allegedly showed he had paid to host their tryst.

Nida and Parks insist that he never cheated and their marriage is fine. Their planned RHOA spin-off, however, is likely in the toilet, according to Wendy Williams.

Nida will be back in court for his federal fraud and identity theft trial on March 25.