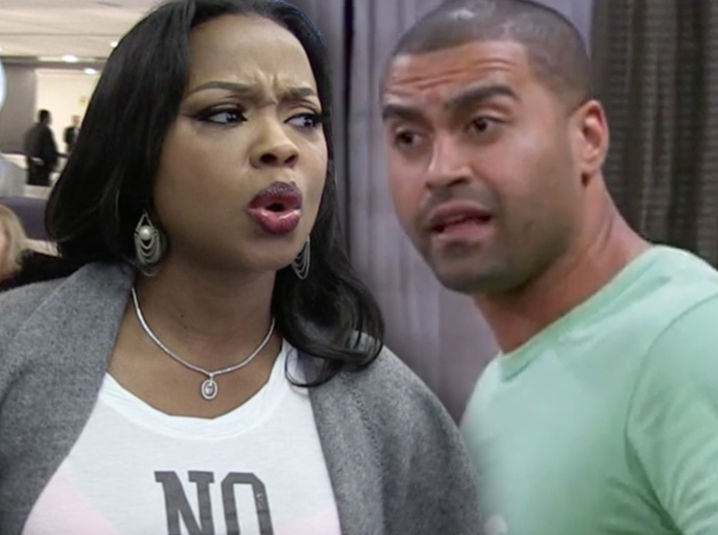 Phaedra Parks is facing a do-over in her divorce but still insists their prenup should block Apollo Nida from attempting to get alimony.

Phaedra filed docs in Georgia asking the court to enforce what she considers an ironclad prenup Apollo signed on October 23, 2009 9 days before they got married.

In docs, obtained by TMZ, Phaedra says they both agreed to waive their right to alimony … meaning he shouldn’t get a dime in spousal support when the divorce is final. She also claims they agreed how to divide their assets when they signed on the dotted line.

Phaedra thinks it’s simple the prenup should control who gets to keep what, and doesn’t want to leave things up to the judge as Apollo requested.

And she really sticks it to him saying the fact his assets have plummeted is his own doing because of his criminal activity. Apollo’s serving prison time for money fraud.

TMZ broke the story a judge threw out Phaedra’s final divorce judgment because he was concerned by a number of things including Phaedra intentionally misspelling Apollo’s name in docs.

Kim Zolciak Thanks Husband After Their Son Is Attacked By Dog

Kenya Moore’s Restraining Order Against Matt Jordan Tossed, As He Can’t Be Found

More in Real Housewives Of Atlanta, Reality Television (746 of 3074 articles)

Kim Zolciak Thanks Husband After Their Son Is Attacked By Dog