Phaedra Parks Responds To Fraud Rumors: “I Have Never Committed Any Crime!” 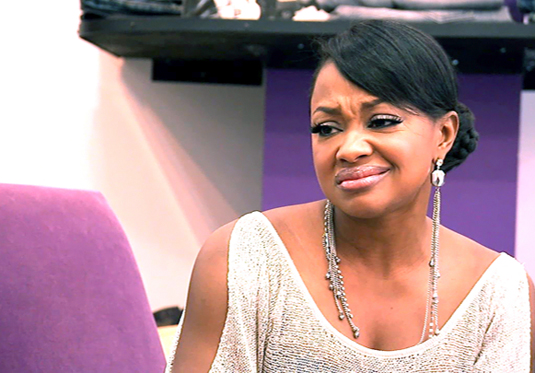 via Radar Online:
Apollo Nida is the resident bad boy of Real Housewives of Atlanta, but his wife Phaedra Parks insists she’s always been a good girl. After one of Parks’ former friends accused her of running a ‘criminal enterprise’ with Nida — who currently faces bank fraud and identity theft charges — Parks has spoken out to defend herself in explosive court documents obtained by Radar.

Parks filed an affidavit on March 31 in Gwinnett County, Georgia, as part of her ongoing defamation lawsuit against Angela Stanton, author of Lies of a Real Housewife. “Due to the falsity of the material in the book, and to protect her reputation, on or about September 26, 2012, [Parks] filed a defamation action against [Stanton],” the documents read.’

And in the affidavit, Parks claims she “verifies, under oath, that the allegations made by the Defendant in her Book and referenced in the Plaintiff’s Complaint are false,” and that Stanton “knew the statements she made about the plaintiff were false when she made them.”

Stanton claimed in her book and in subsequent emails that Parks oversaw a “criminal enterprise” involving bank fraud, auto title theft, and other unsavory business practices.

Parks insists she “has no knowledge of or connection with any ‘bank fraud scheme,’” and “was never involved in any criminal enterprise with [Stanton].”

As such, the documents state, Parks “filed suit to protect her good reputation.”

Her husband, meanwhile, has until April 25 to reach a plea deal regarding his bank fraud and identity theft charges, or face prison time.