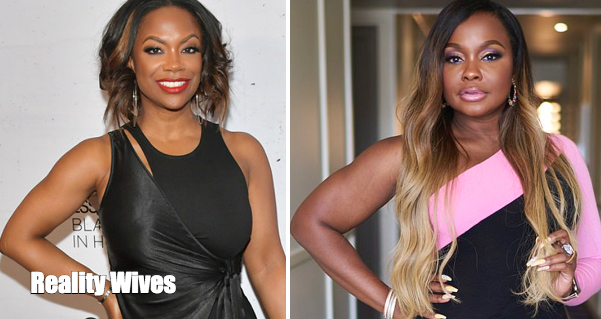 Phaedra Parks was fired from the Real Housewives Of Atlanta after eight years, as she spread a malicious lie about Kandi Burruss wanting to drug and rape Porsha Williams. But she says she is eyeing a return to TV according to the Daily Mail.

The 45-year-old head doctor, lawyer, mortician in training and former reality star said while she hasn’t ruled out making a comeback to the Housewives franchise, but she does have a new TV project on the horizon.

Phaedra said she has no regrets during her time on the RHOA but believes that to the reality show, she was just ‘a character that they’re manipulating for their own benefit.’

And as for her former co-star rival Kandi Burruss with whom she had several on air spats and who recently vowed to leave the show if Phaedra returned, Phaedra sharpens her claws.

“I find it amusing, because if she is that concerned about me three years later, I must have really impacted her life. So I’m glad I touched her like that,” she said.

As for a RHOA return, Phaedra isn’t ruling it out but smacks down the rumors.

“I know there’s lots of rumors swirling around about me returning to the housewives, but I haven’t had any discussions about returning. I never say never to any opportunities, but I had a good run and you know, I’m very happy right now.”

Reflecting on the life experiences she had while filming the show over eight seasons, she said:

“I was on Real Housewives for eight years. Both of my children were born on air, my ex spouse went to prison on the show. I had a lot of big events happen in my life on there so I’ve got a lot of great memories. I would never say never, but I’m in a very great place in my life… and you see this glow.”

Phaedra said the show is designed to entertain people, but ironically is nothing near ‘reality’.

‘That’s just nature of the beast, you can’t cry over spilled milk. It is what it is. Reality shows are not real. They’re for entertainment at everyone else’s expense, except the people that make it, so you can’t regret anything. You just have to accept what it is and keep it moving.”

More in Real Housewives Of Atlanta, Reality Television (179 of 3054 articles)