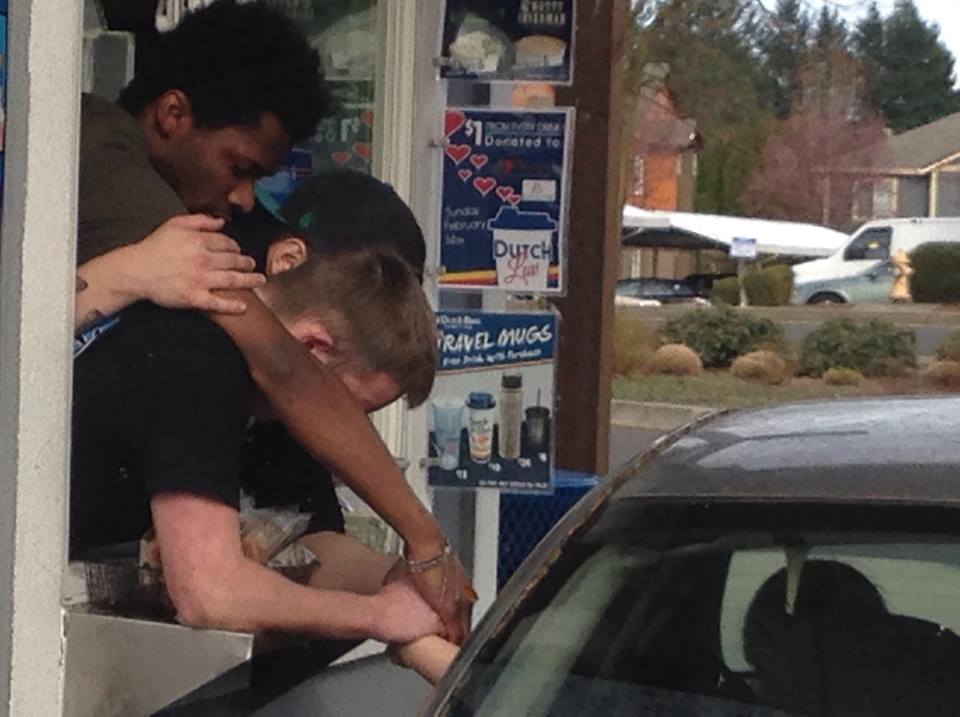 “Snapped this picture while waiting in line at the Dutch Bros on 138th Avenue today. Turns out the young lady in line ahead of us lost her 37-year-old husband last night. When the DB guys & gals noticed she was falling apart, they stopped everything and prayed with her for several minutes, invited her to come back for prayer and support, as well as anything else that she might need. Prayers for the young family, and you know where to stop for coffee! – Barbara Danner (Facebook)“

A photo of a group of employees at a Dutch Bros coffee show, drive though in Vancouver, Washington were praying with a grieving woman has been shared hundreds of thousands of times online after a woman posted the touching picture on Facebook.

When Pierce Dunn and Evan Freeman were hired at Dutch Bros., they learned how to make coffee, mochas and smoothies, but they were also taught to connect with customers.

On Saturday, the two young men, turned their connection into comfort. Their coworker noticed that the woman at the drive through window was crying.

“She’s like, ‘She’s just having a really bad day. Her husband passed.’ And as soon as she said that, I was like, ‘There’s nothing more you need to say. We got this. We’re going to do what we do every time we get someone who’s in pain or hurt. We’re going to give them our love,'” said Evan.

The two offered her a free drink and then they all grabbed her hand, bowed their heads and they said a prayer.

“So basically, I just said, like, you know I really want her to have peace over the situation … help the mourning of her and her family,” said Pierce.

They had no idea, that the customer behind the woman, took a picture of them. Barbara Danner said she was in line at the Dutch Bros, stand on 138th Avenue in Vancouver on Saturday when she noticed the interaction between the baristas and the customer.

She then posted it on the Dutch Bros. Facebook page, where others quickly started liking and sharing it.

It even surprised owner Jessica Chudek.

“I thought, ‘That’s great our company does that and we can show love out the window that way.’ I started studying it a little more and I said, ‘Wait, that’s Evan and Pierce! That’s my stand, those are my kids!’ So it just brought me to tears right then,” she said.

Evan said, “When I saw the picture, I’m like, ‘This is a normal day at work. We’re doing what we do every day.'”

Evan and Pierce say the woman was so grateful to them for taking her hand and taking the time. They had no intention of this moment going viral, but say maybe it will inspire someone else.

“If every single person did an act of kindness or just had smile on their face, the world would be a completely different place,” said Dunn. 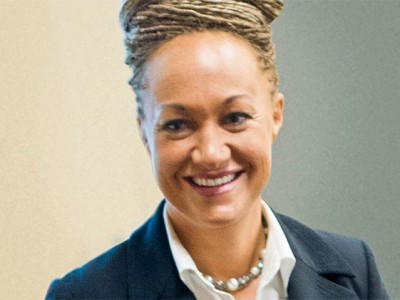 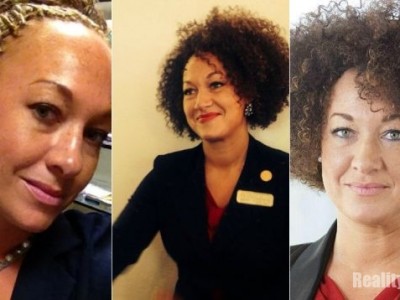 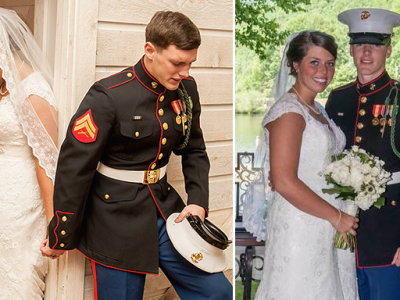